DMM set out to build a dedicated fandom for Justin Roiland (co-creator of Rick and Morty) and Mike McMahan’s new adult animated series, Solar Opposites. Audiences eager to learn more about the series and its characters — a family of aliens from Planet Shlorp now residing on Earth — couldn’t wait for the show’s arrival on Hulu. We decided to let them really get to know the Shlorpions by allowing users to converse with them directly on social. On the main show handles, we spoke from the perspective of the aliens as they adjusted to life on Earth while attempting to fit in with the human race.

On Twitter, we worked with showrunner Mike McMahan to launch an in-world account for our character Yumyulack and his various experiments within “The Wall,” a fan-favorite storyline. To our audience’s delight, we launched an additional Instagram account for the lovable alien blob, Pupa, co-managed by Pupa and his alien handler, Terry. Capitalizing on fan love for Pupa, we also created an interactive Instagram Story series giving users the opportunity to take care of the alien and ensure he reached his full Earth-destroying potential. 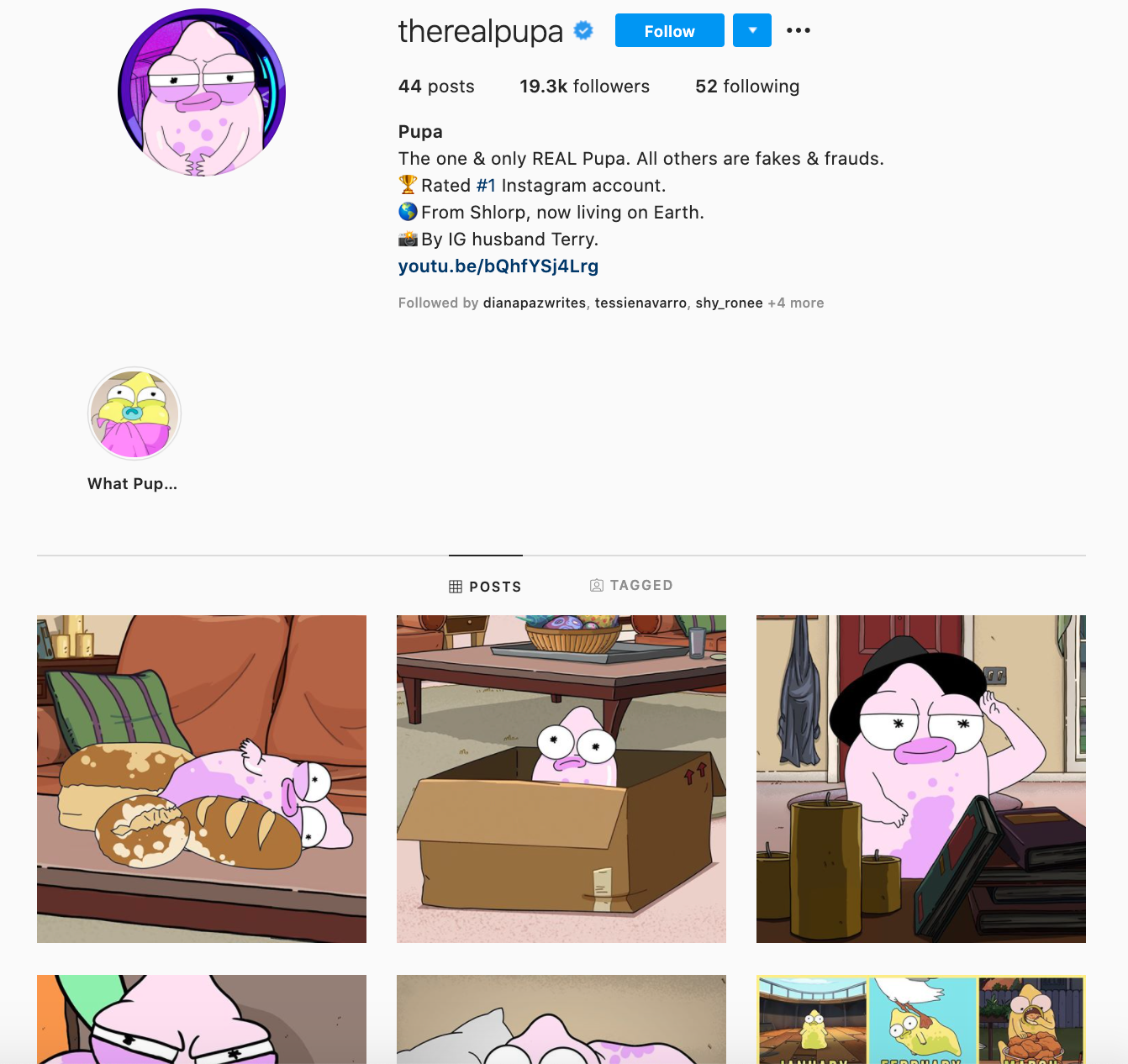 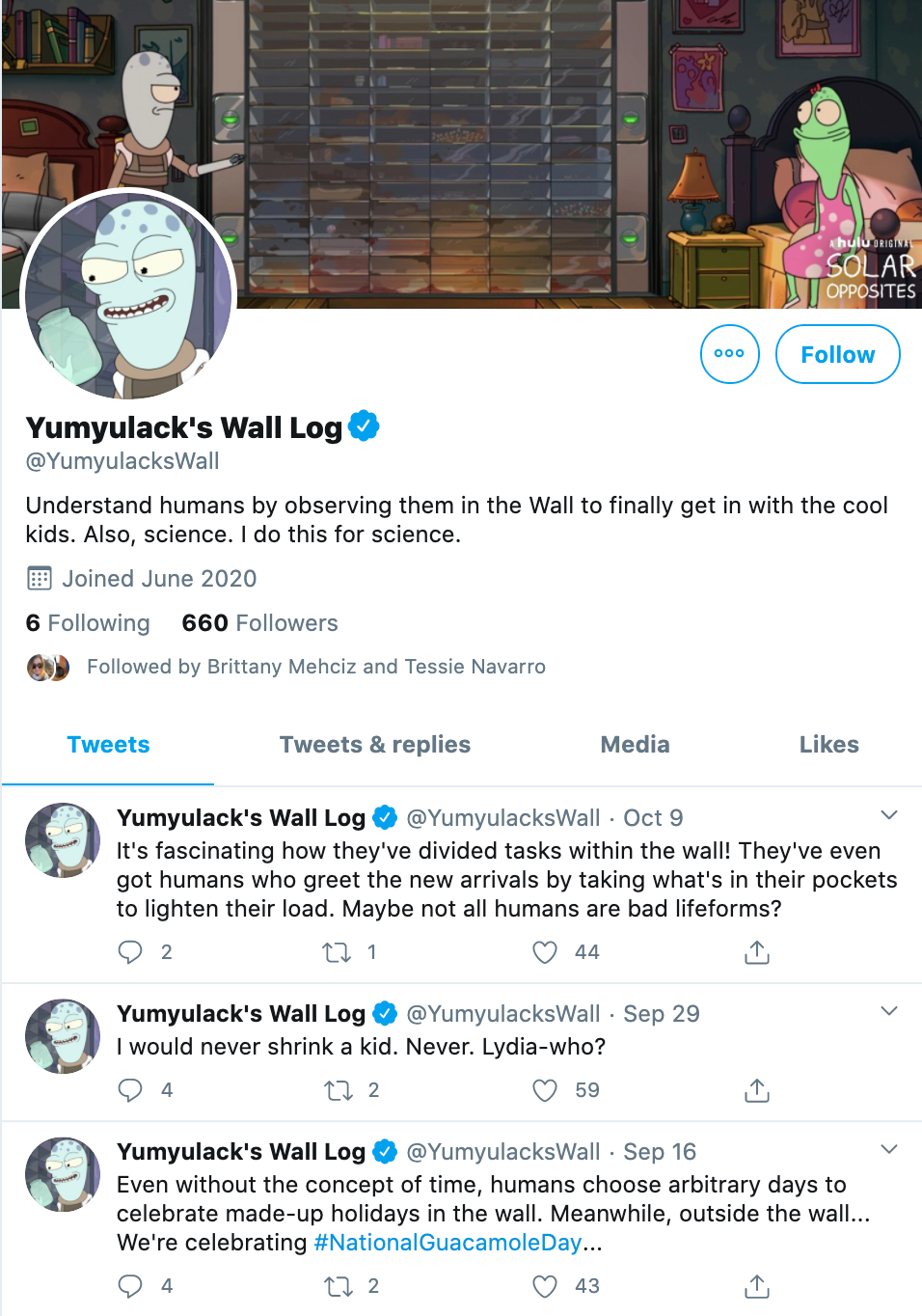 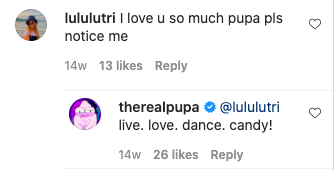 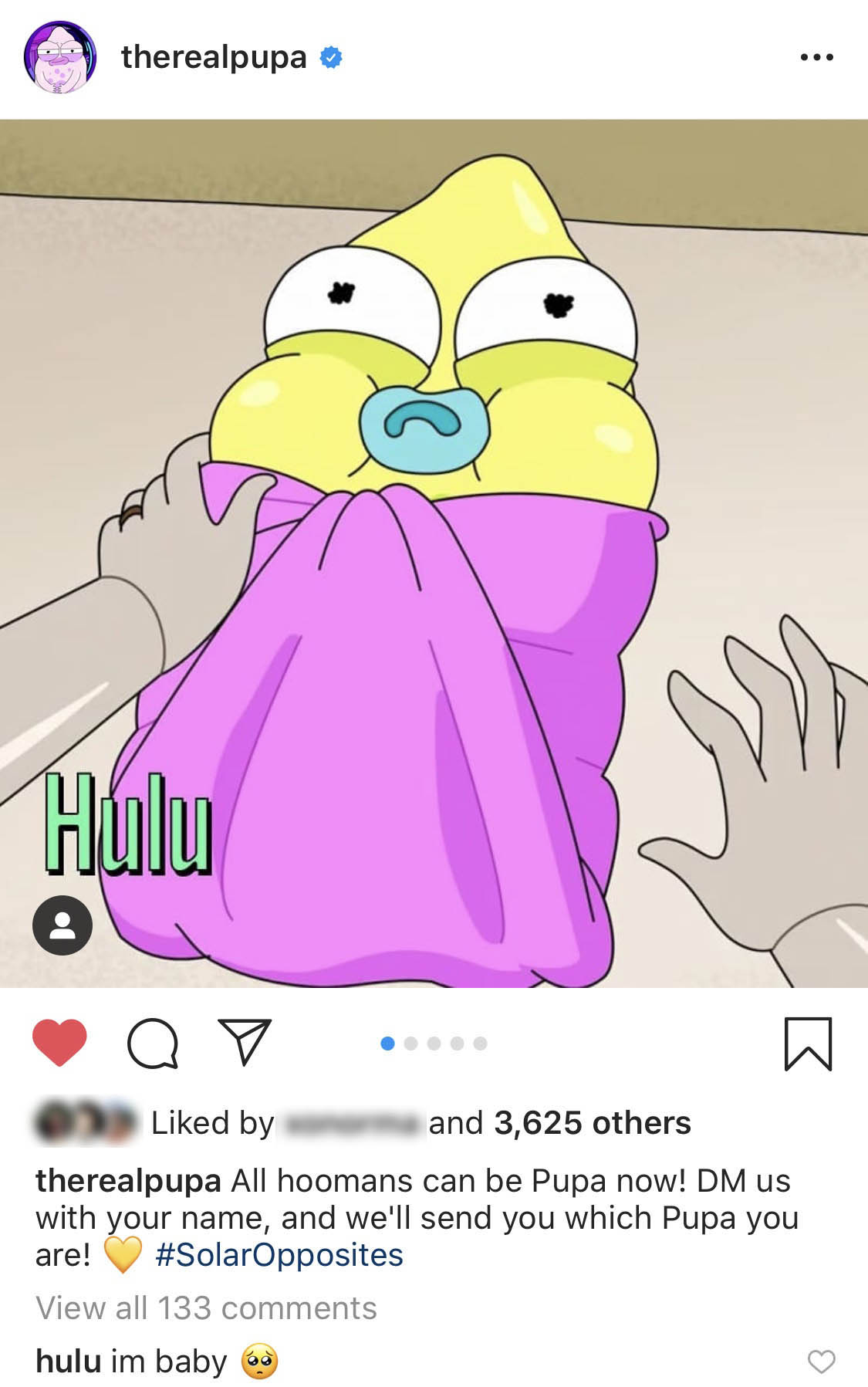 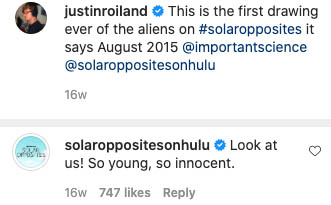 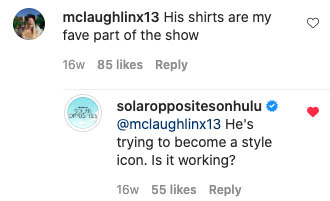 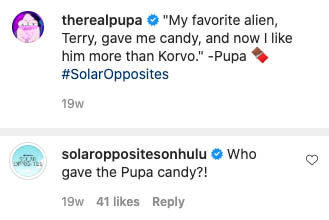 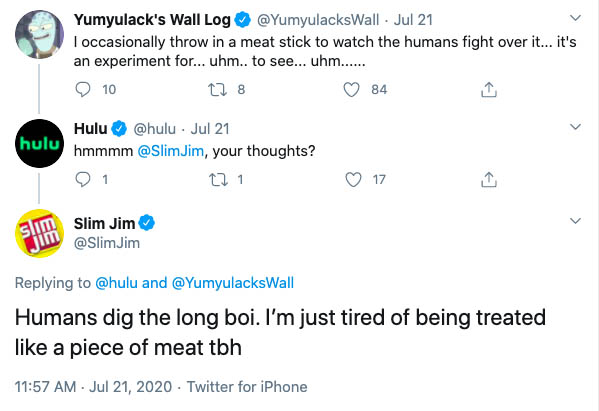 Solar Opposites emerged as the most-watched Hulu Original comedy premiere days after launch, and quickly became Certified Fresh with a 96% score on Rotten Tomatoes. The show saw great success on social with the Pupa’s account growing to over 10K followers in just 10 days, and a 123% growth in total followers (across all accounts) from launch until the end of the campaign.