Hulu partnered with Digital Media Management (DMM) to connect with Becky Albertalli’s dedicated Simonverse fanbase on social and drive the passionate audience to advocate for and stream "Love, Victor."

Since the announcement of the spinoff series, fans of the Simonverse couldn’t wait to return to the halls of Creekwood High and meet Victor. Knowing we had an existing audience who was yearning to experience the show, we created a social persona that could meet them on the same level. As we debuted the show’s trailer and began to introduce our young talent, our audience showed up in droves to express their love and support. We did the same in the comments, relating to their sentiment with casual conversation and adoration for the cast, from the perspective of a fan.

To launch Love, Victor, we worked closely with Hulu and Twitter to premiere the series’ first full episode exclusively on the social platform the day before its official premiere. We drove fans to the #LoveVictorWatchParty, encouraging them to set reminders and update their Twitter profile names to match our own. On the day of the watch party, we broadcasted the highly anticipated episode to a Twitter Live Event Page, all while keeping fans engaged with live tweets and real-time conversation. Following the watch party, we kept the conversation going by amplifying a cast Q&A with @TwitterTV, @TwitterAlas and @TwitterOpen which leveraged Twitter’s new conversation settings.

After launch weekend, conversation remained high and love for the show only continued to grow. We monitored fan sentiment closely and spent every day in the trenches alongside our community to create custom content that resonated with them. Whether we were discussing fan ships like #Venji or Victor’s introduction to the LGBTQ community, our audience showed up to support and prove their everlasting love for their Creekwood favorites. 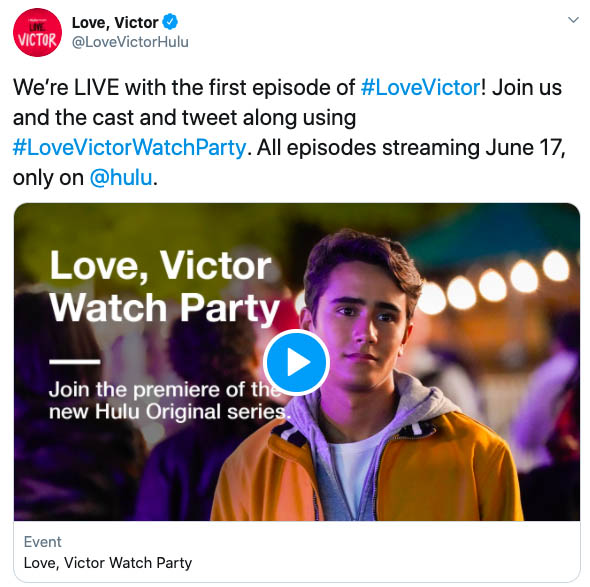 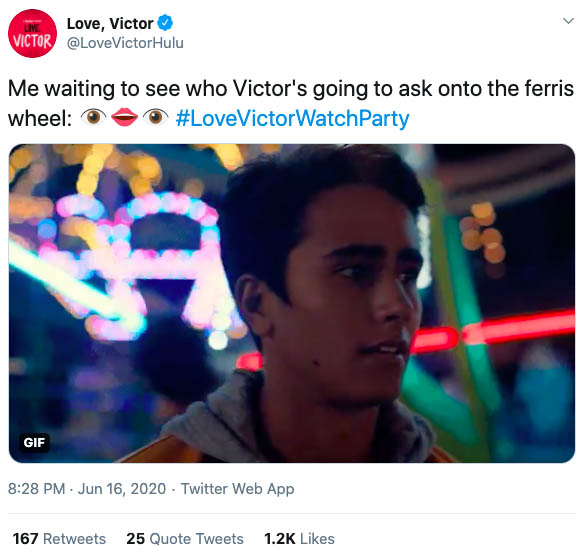 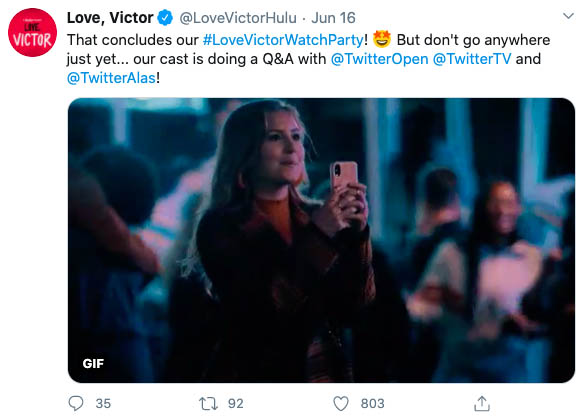 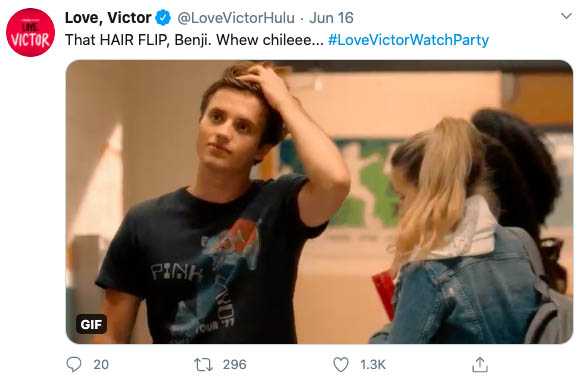 Our Love, Victor Twitter watch party was a great success, with the exclusive first-episode drop experiencing a +23% increase in average watch time compared to other watch parties to date. Real-time fan conversation resulted in #LoveVictorWatchParty peaking at No. 5 on Twitter’s US trends with four additional show-related trends appearing throughout the night. During its premiere week, the show became the No. 1 most-watched drama on Hulu. 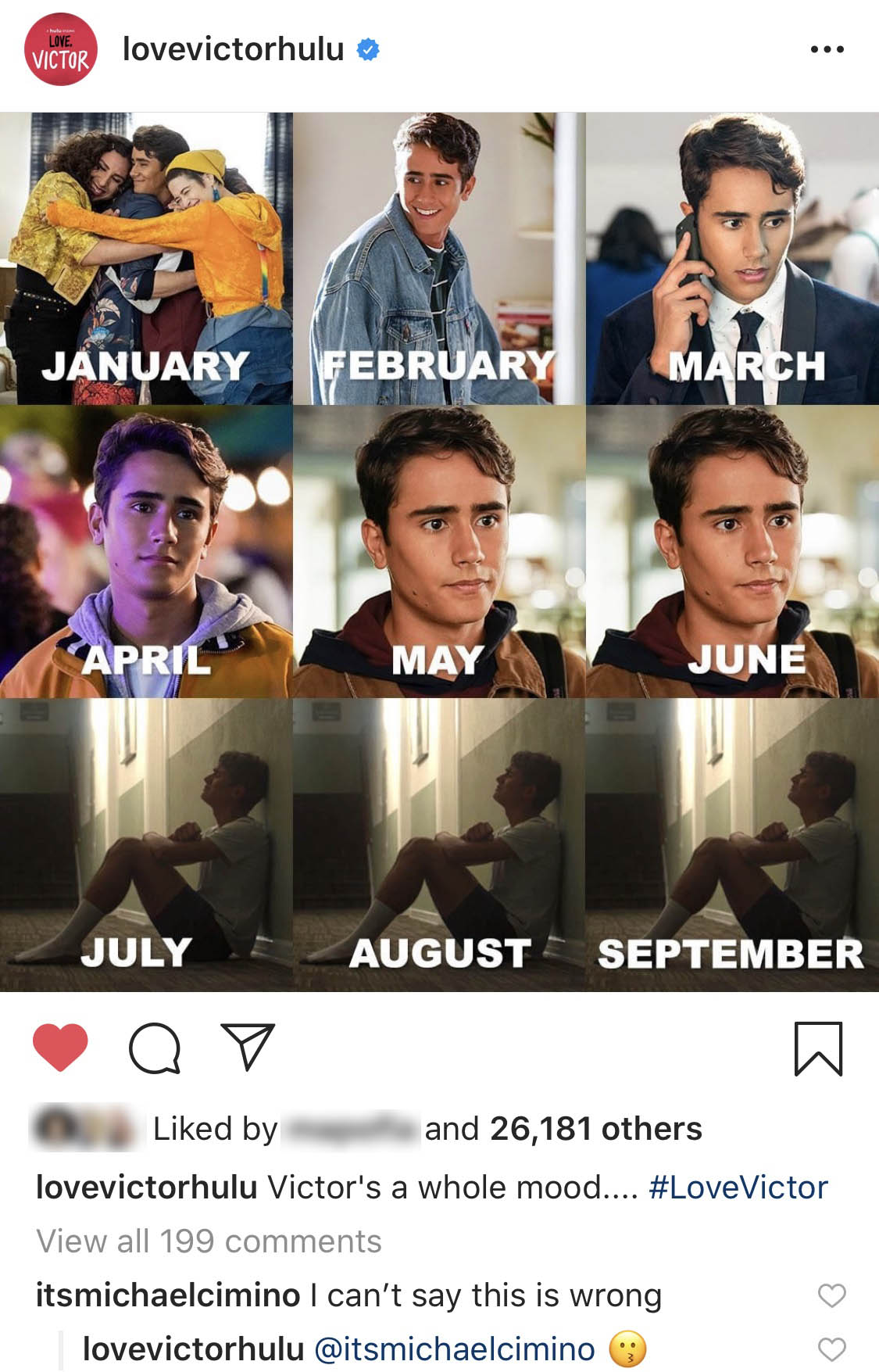 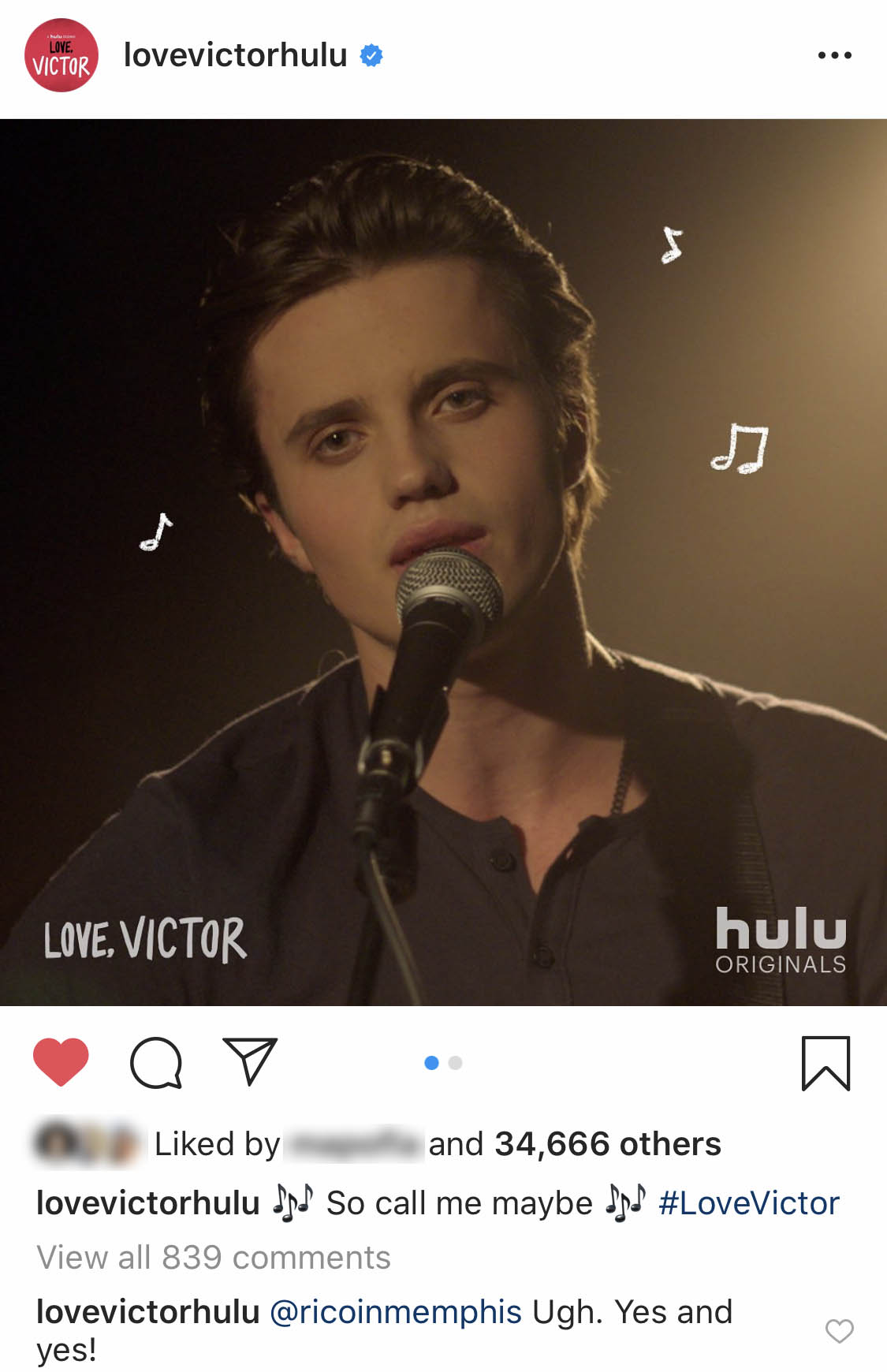 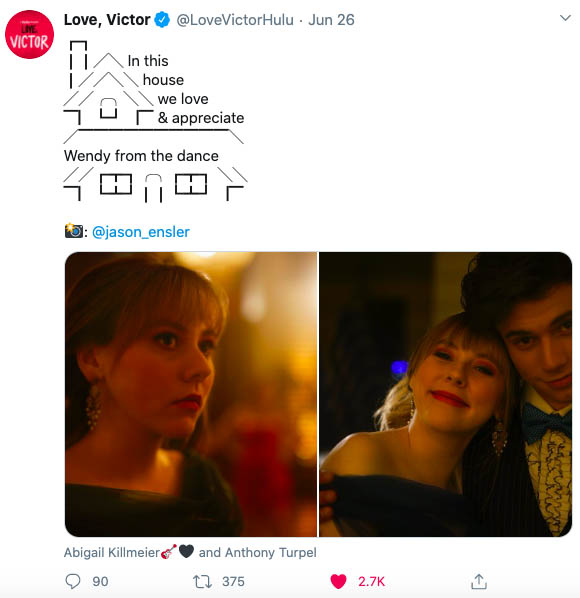 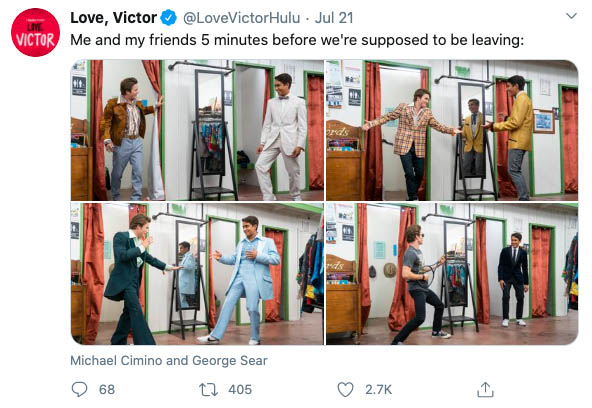 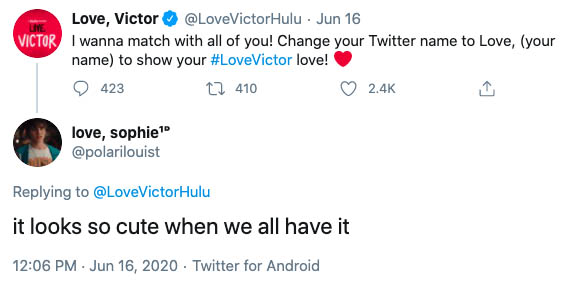 Next in Fashion
Solar Opposites
Back to TV / Streaming