Originally slated to debut in theaters on Mother’s Day, Run was later acquired by Hulu and set to release on the streaming platform the week before Thanksgiving. DMM’s goal was to help Hulu create awareness and leverage word-of-mouth to eventize the film’s premiere and drive users to stream all weekend long. We began by activating Sarah Paulson’s passionate fan base, taking a more playful community management approach and declaring Paulson as the “mom” of our community.

In the weeks leading up to the premiere we scripted, produced, and edited a Q&A with the cast and filmmakers of Run. During launch weekend, we gave fans the opportunity to gather and discuss the film, streaming the Q&A live on Twitter and hosting a Watch Party. We engaged with talent and fans throughout with custom replies and retweets, while also activating users with polls and live commentary tweets. The following day, we joined Sarah Paulson on Instagram Live, engaging with her in the comments in real-time as she pulled fans in for fun conversations.

We sustained conversation and kept fans talking about Run, acting as their declared “bestie” and providing them with the “mom” content they desired. Whether they were looking for more insight into their favorite moments, behind the scenes content, or an opportunity to appreciate the film, we were there to react and discuss. 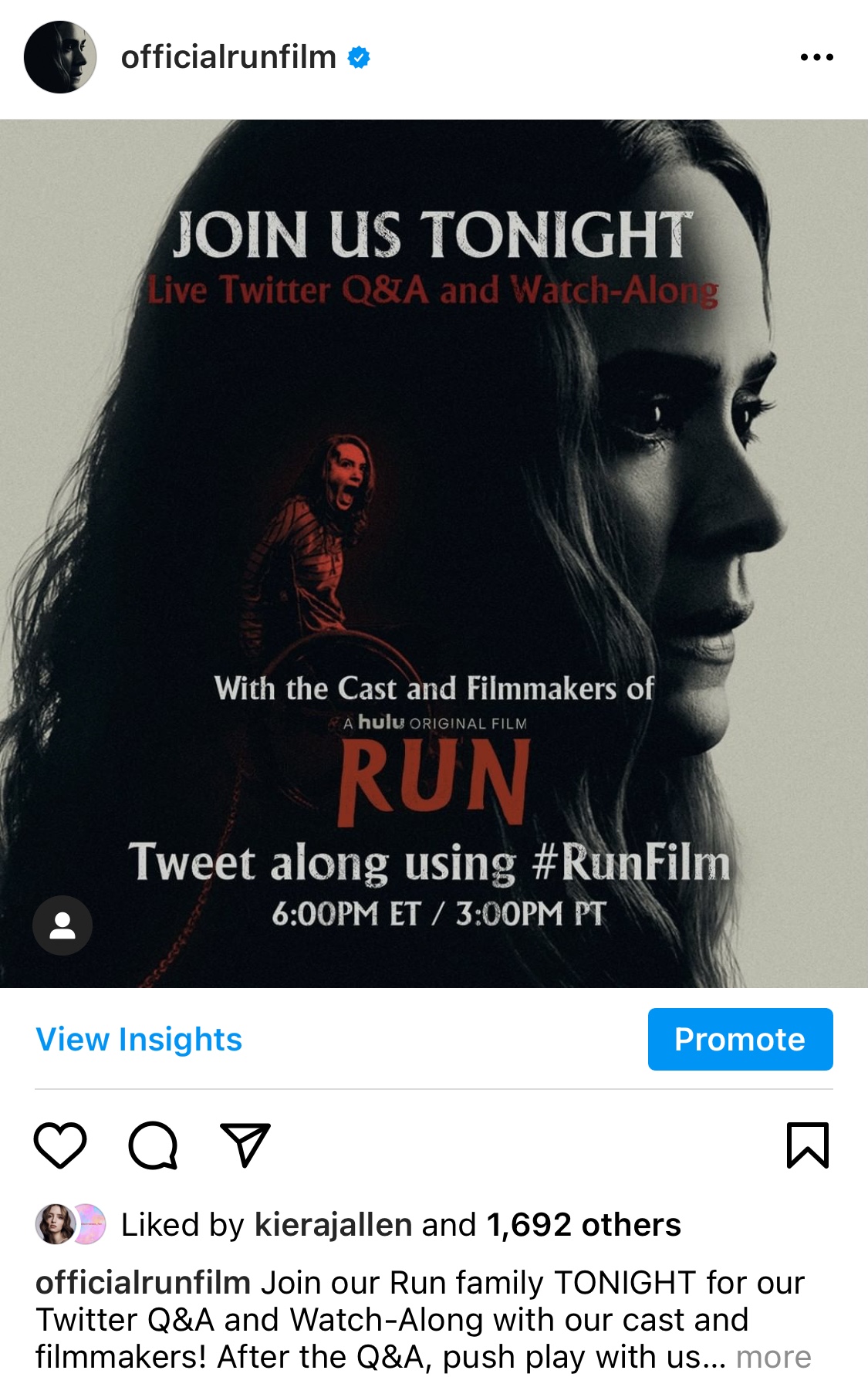 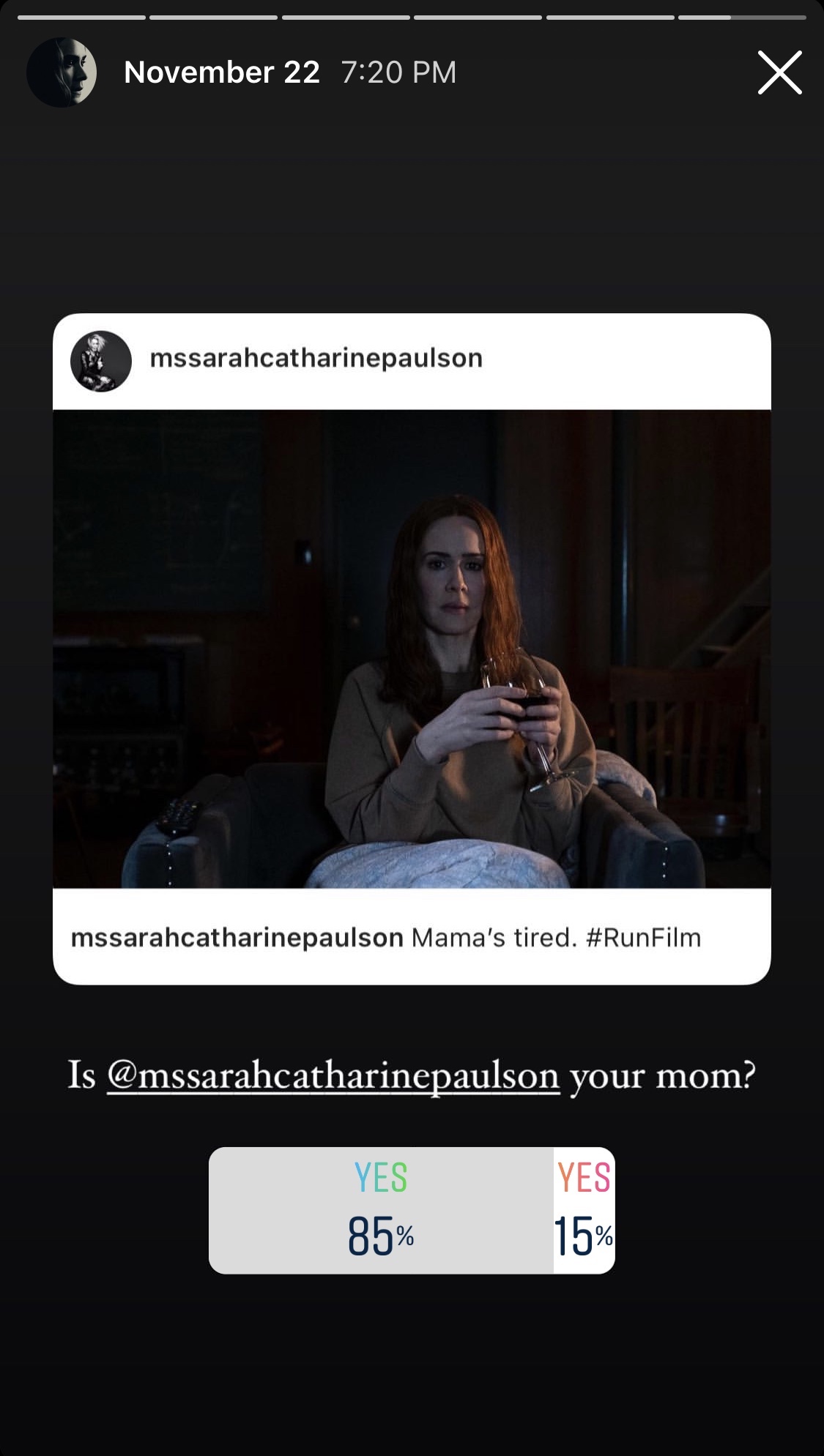 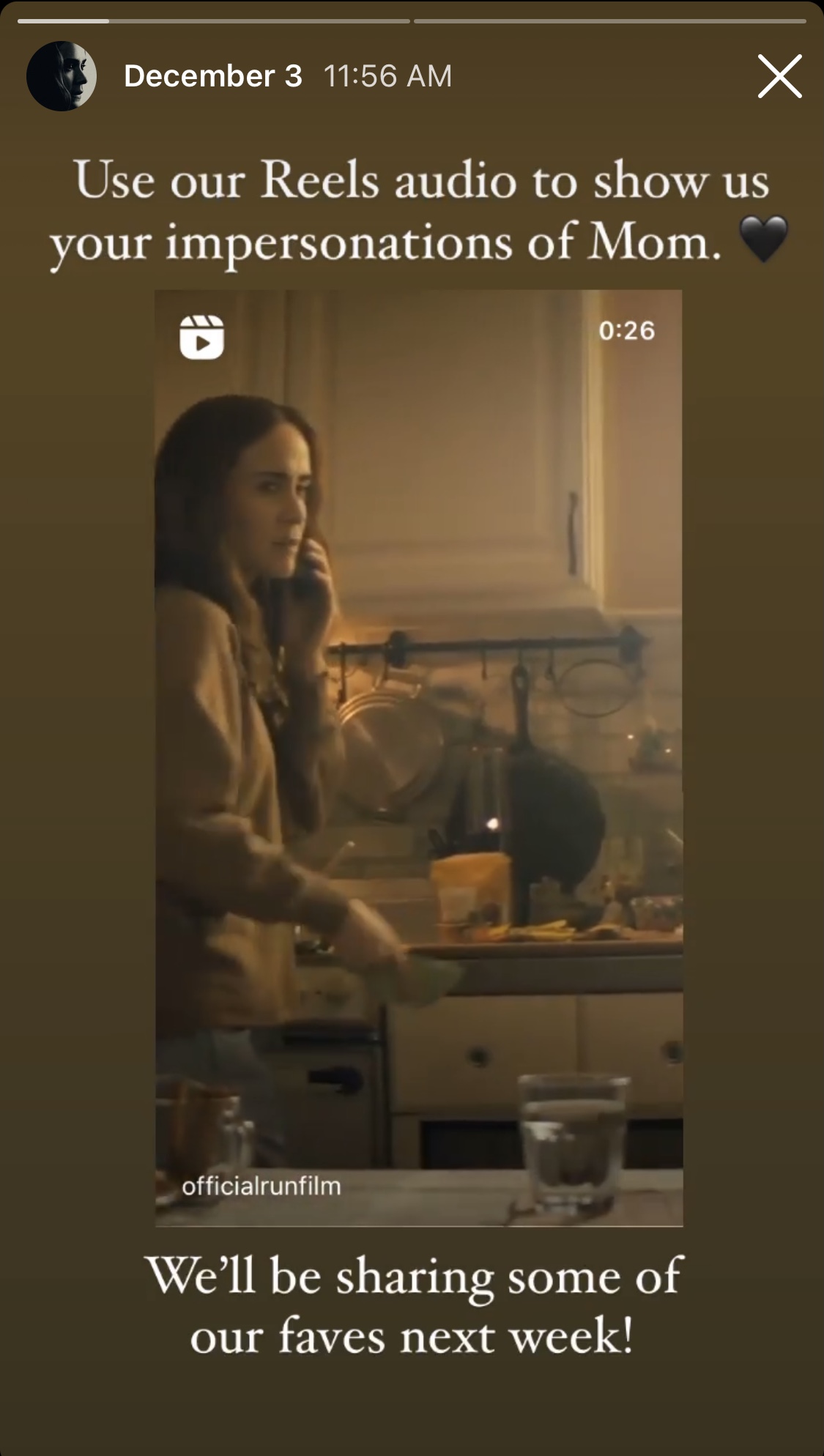 Without a theatrical release, we were able to generate buzz and create a home base for Sarah Paulson’s stan community to gather and discuss the film. Our launch activations led to 10.3K tweets during our Watch Party alone, and Run becoming the #1 most talked about film on Twitter that weekend. The film also shattered Hulu records, becoming its most watched feature title ever during its opening weekend. Overall, the campaign garnered over 3.4M organic impressions on Twitter and over 488K on Instagram. 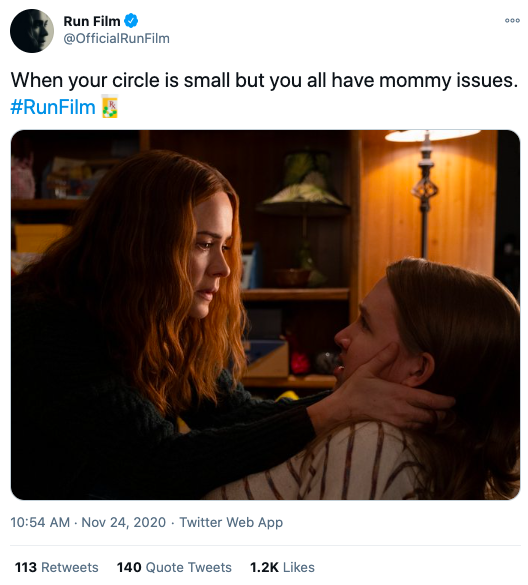 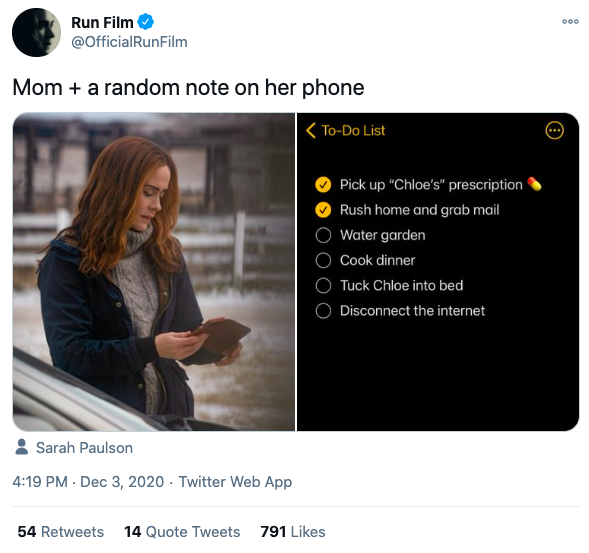 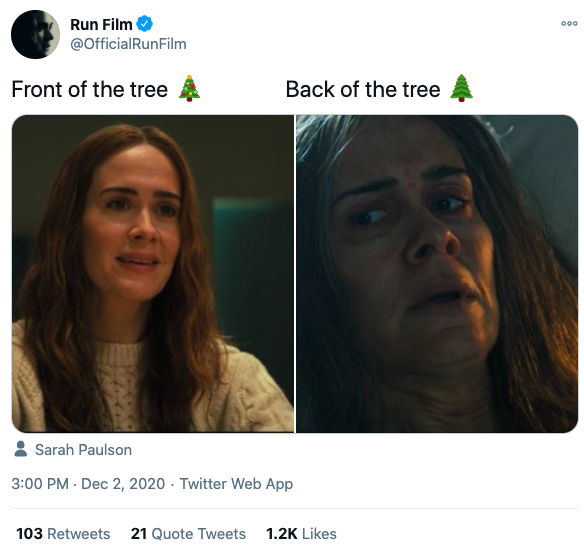