Hulu partnered with Digital Media Management (DMM) to excite fans for Pen15’s return and develop a voice and tone to match the show’s brand of “traumedy.”

DMM set out to welcome audiences of Pen15 back to school for more adventures with their favorite best friends and even more grown-up stuff. We began the campaign reminiscing with our fans about Season 1 moments and building excitement for the show’s return. Once we launched the trailer and set the tone for the new season, we began to evolve our voice and tone to match. We remained true to the show’s youthful vocabulary and nostalgic view, while bringing in a touch of maturity to address Season 2’s topics of rejection, jealousy, and even divorce.

By the time the show premiered, social conversation had exploded as a result of our campaign. Fans, celebrities, and even press, were touched by this season’s writing and storytelling, with specific scenes and acting performances receiving constant praise. We spent launch weekend in conversation with our audience, talking about all things Pen15 and amplifying praise across platforms to induce FOMO and further encourage word of mouth. Among our many engagements that weekend were ‘90s heartthrob Devon Sawa, our best friend Seth Rogen, and everyone’s favorite lawyer Bob Odenkirk. Following launch, we continued to identify moments that were buzzing on social to create timely and shareable content for our fans. 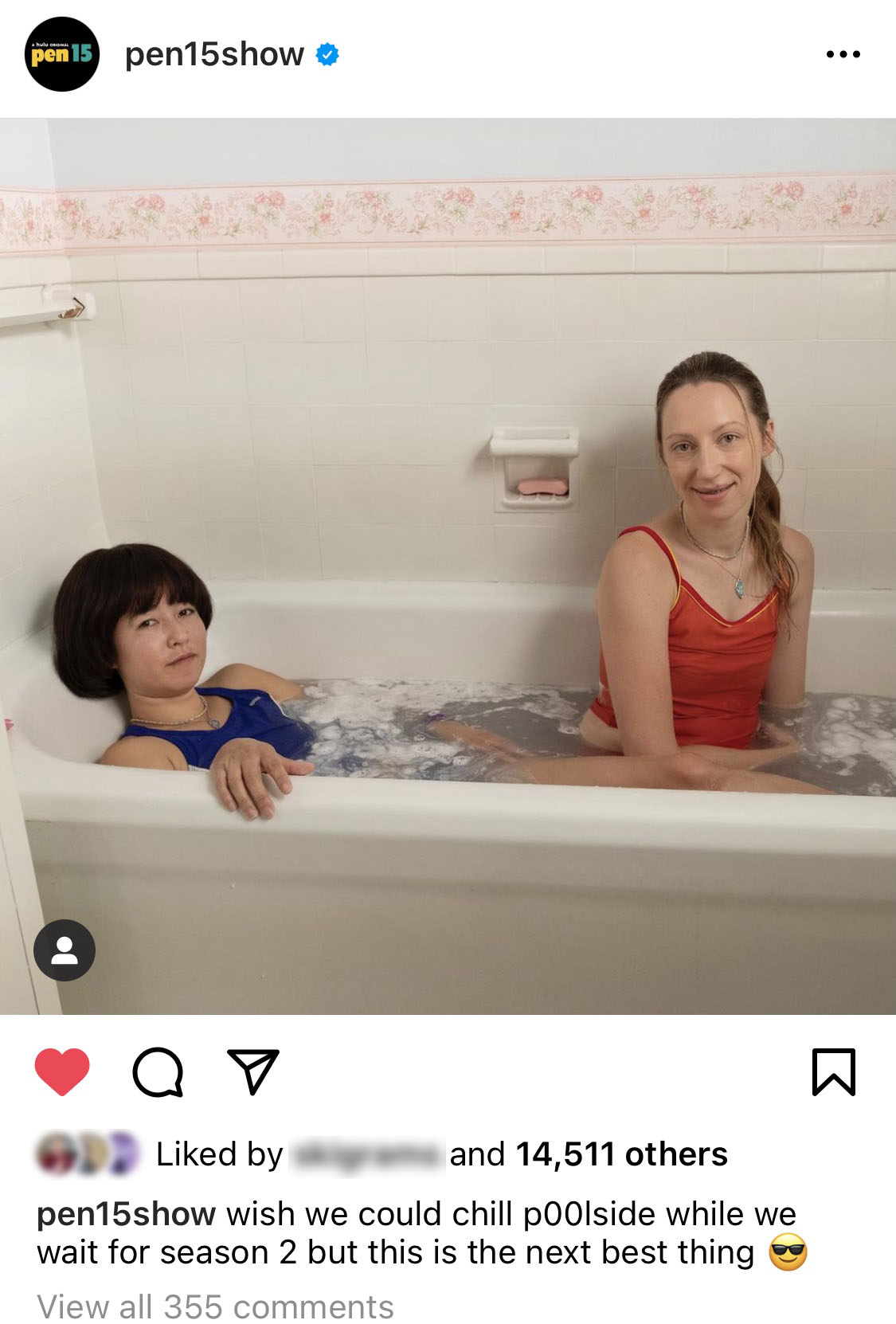 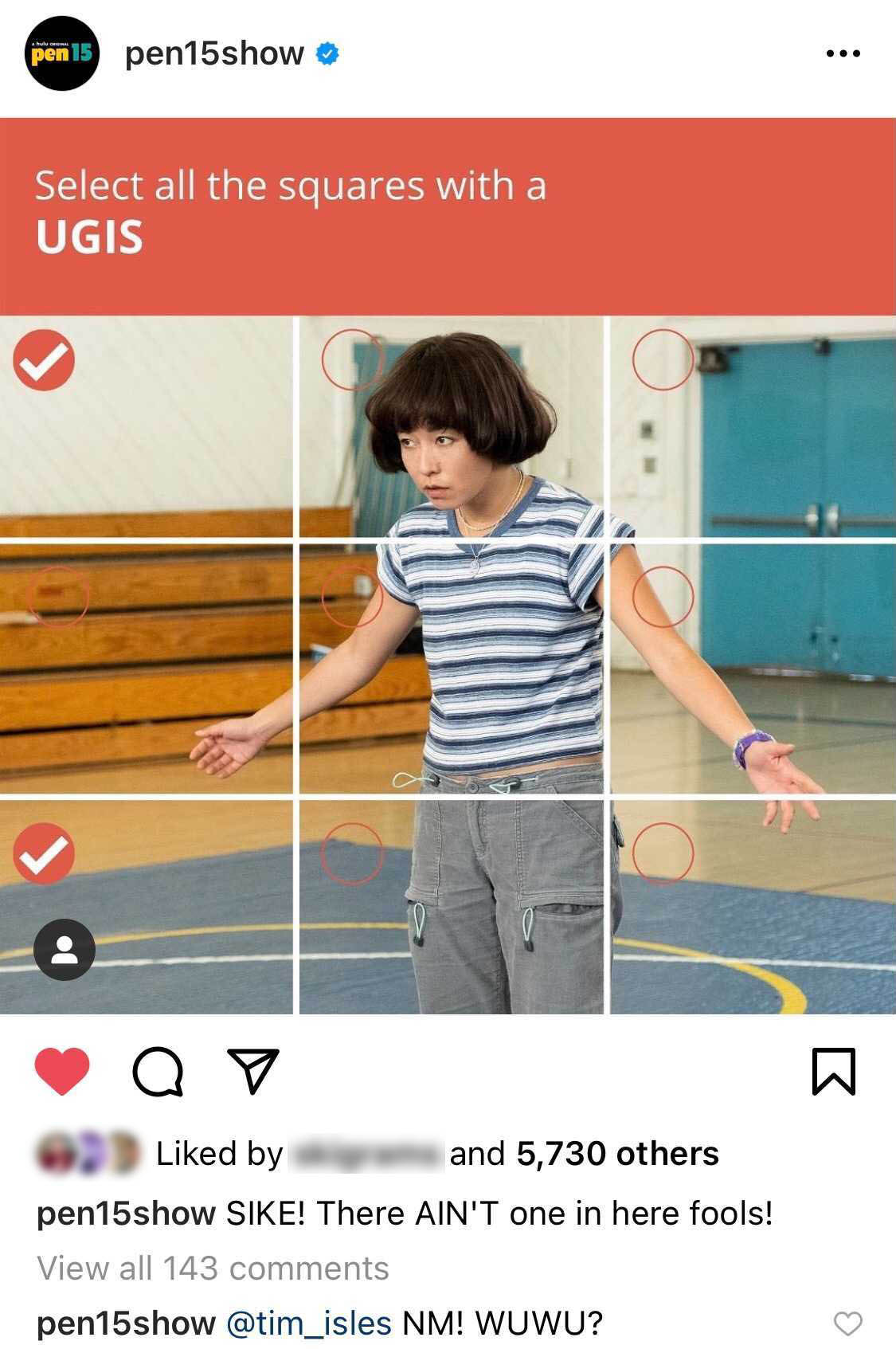 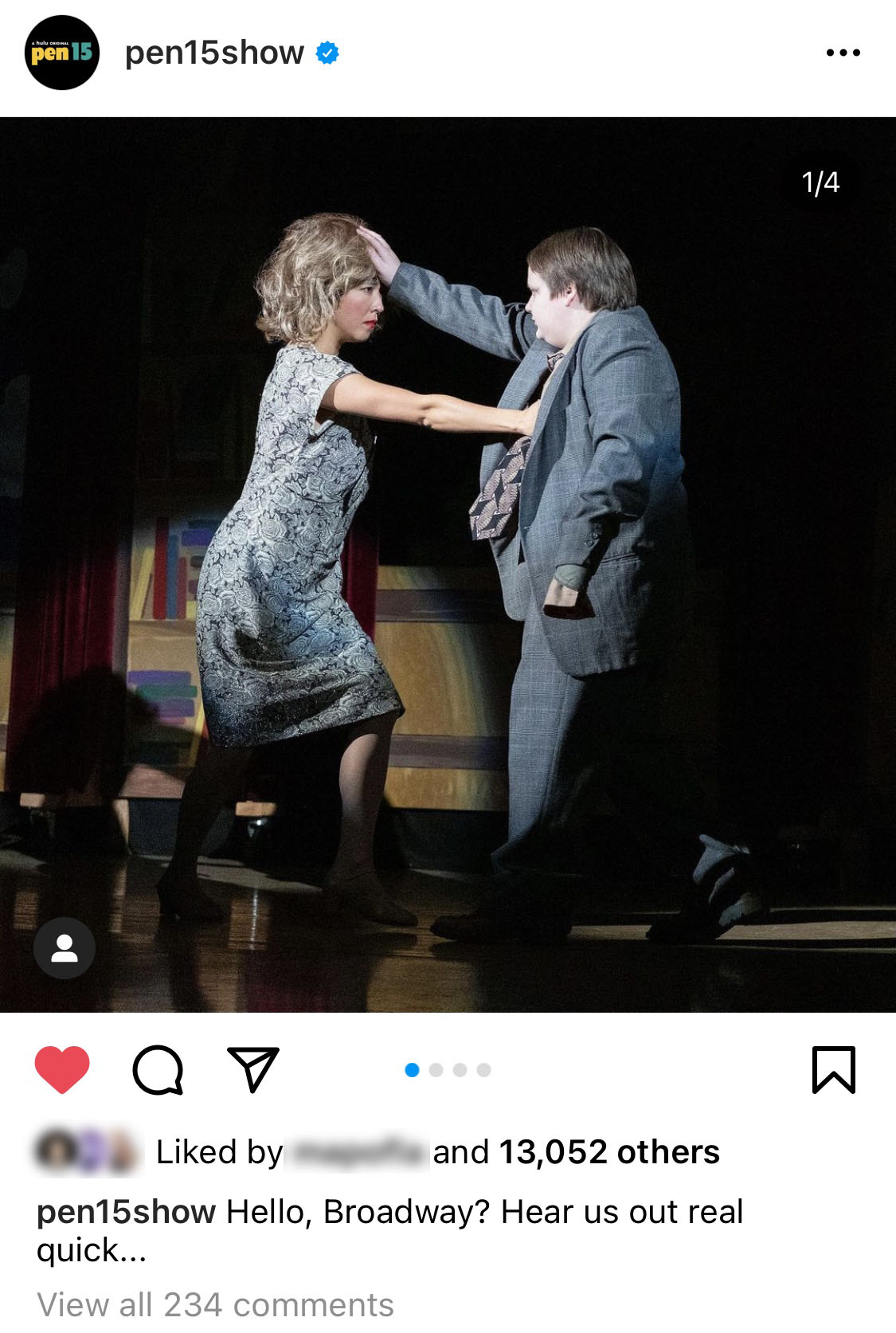 The season was praised by audiences and fans alike, boasting a 100% score on Rotten Tomatoes, and providing us with endless positive sentiment to interact with. Our efforts on Twitter alone led to 53.7M paid/organic impressions and over 1.1M paid/organic engagements. By the campaign’s end, we had increased combined Instagram and Twitter followers by 46.5%. 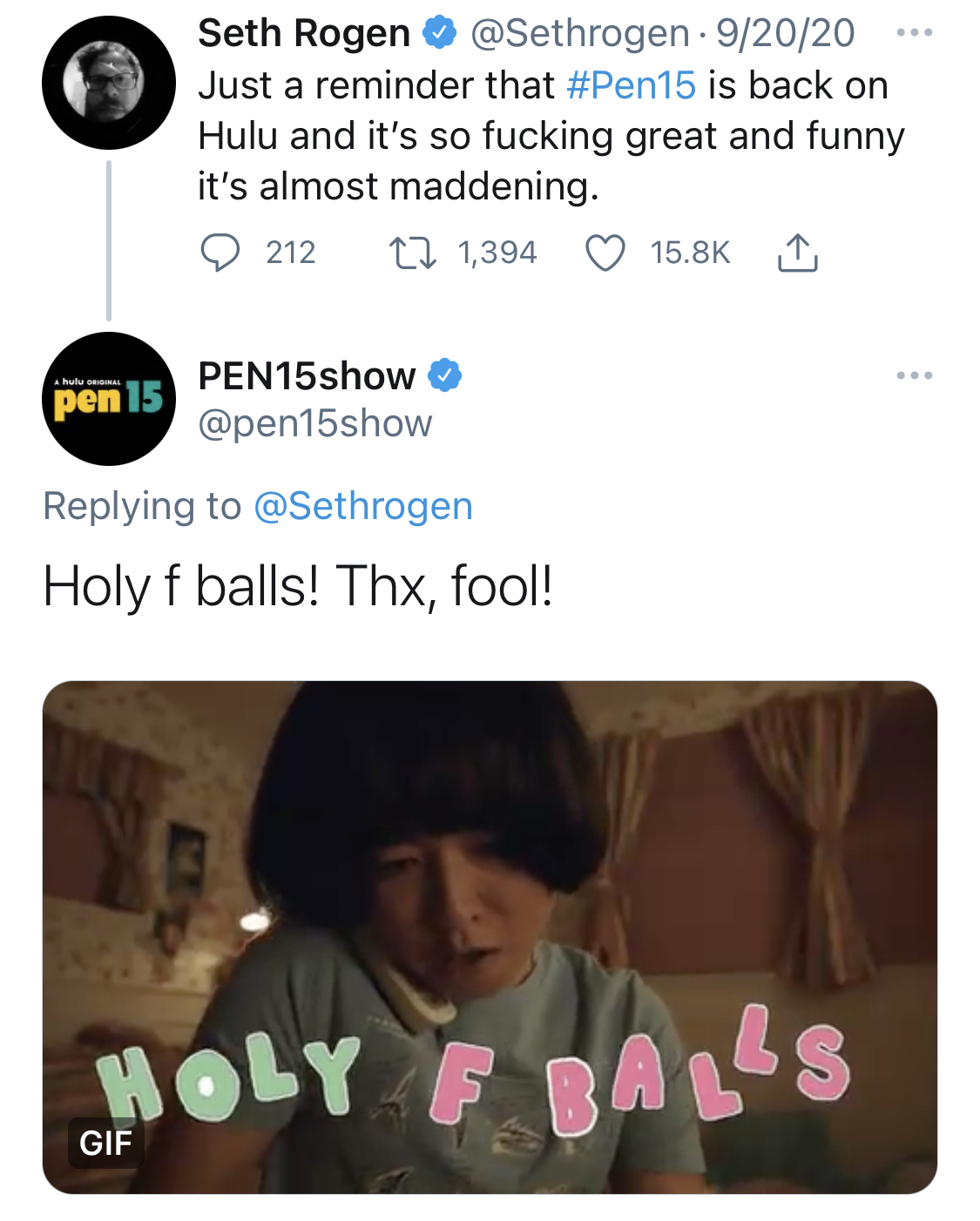 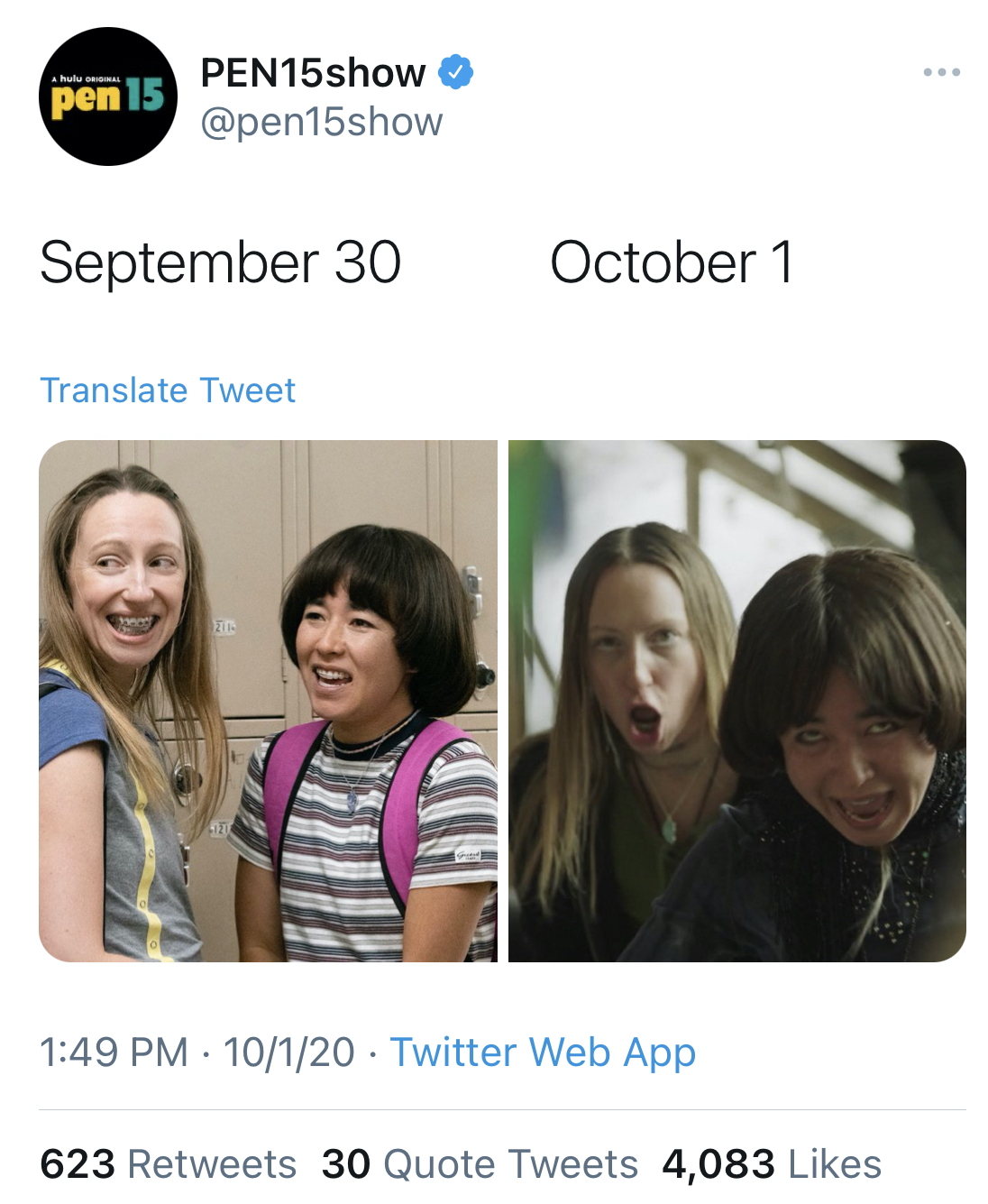 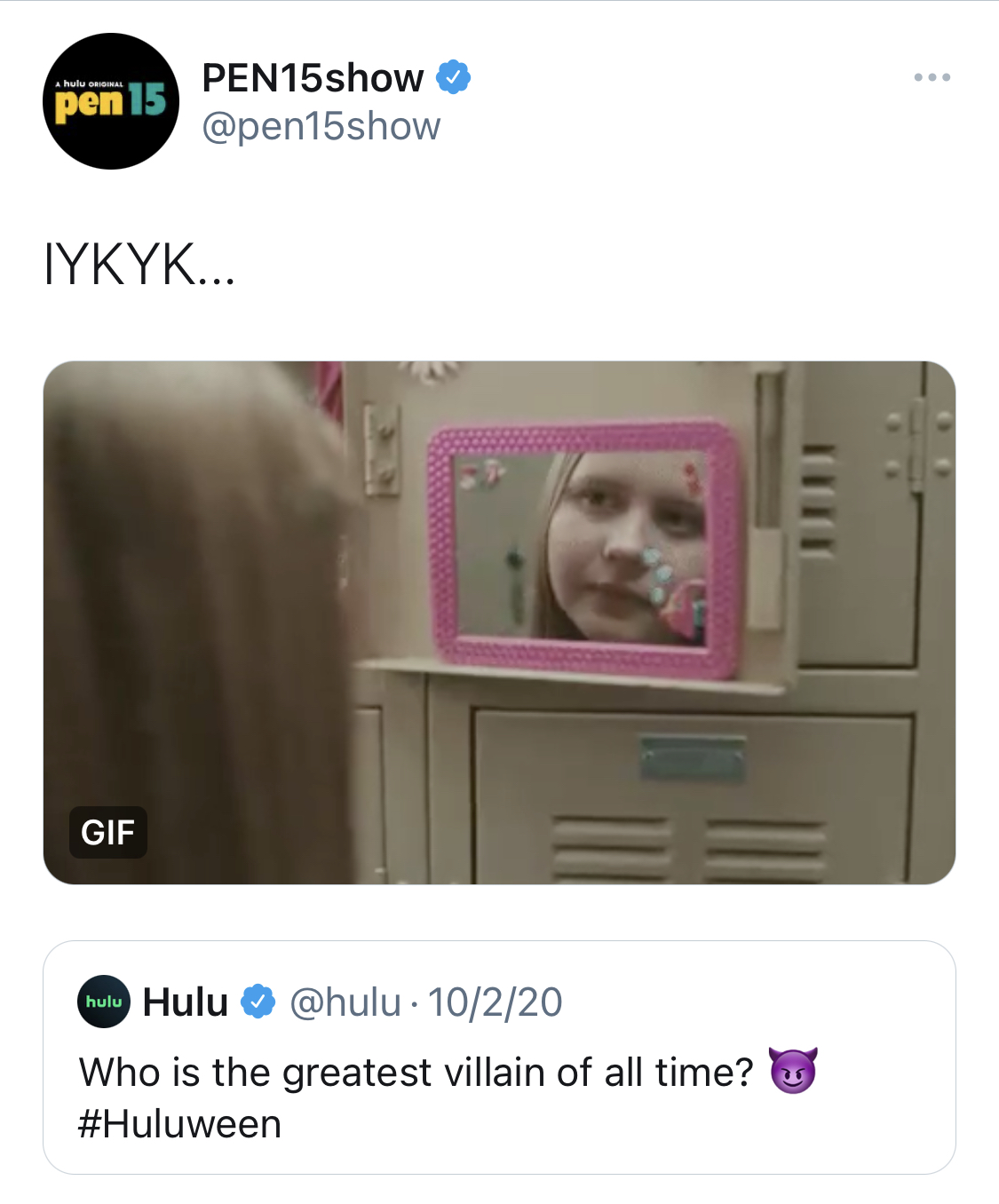