Nike Basketball came to DMM to help increase awareness of their WNBA jersey collection through an IG reels series. DMM led all aspects of ideation, creative direction, production, and campaign management. The series included 4 videos centered around 3 talent, and leaned into the themes of basketball nostalgia, WNBA legends, and the past-present-future of basketball. 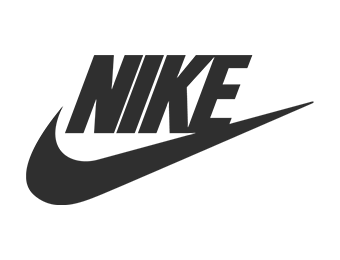 NIKE’s overall objective was to increase awareness and sales of their WNBA jersey collection. Additionally it was also our personal goal to drive conversation and expand people’s purview of who can wear the WNBA jersey and expand people’s mind with how to rock and style the jersey on and off the court (similar to how the NBA jerseys are perceived by consumers).

Our production team brought these our IG Reels series to life, leading casting, crew, equipment, location scouting, and scripting. From a casting perspective we knew we wanted to lean outside of what would be expected – women wearing WNBA jerseys – so we scouted beyond that bringing a male protagonist into the fold. Women rock NBA jerseys all the time, so we wanted to showcase that the WNBA jersey was also gender-neutral and can be worn by everyone. It was also important to us to align with a stylist who understood the assignment – make these jersey’s look fly, but also functional. We filmed the project at our DMM Studios as well as an offsite basketball location to craft visually compelling and unique moments for each protagonist.

Through our interview process and scripting, we helped the players tell stories of their hometown, connection to the jerseys, and core basketball memories. Each video focused on a different WNBA jersey that was meaningful to the player’s life – Deja Mattox wore the Indiana jersey, Que Brandon wore the New York jersey, and Mathan Cephas wore the Chicago jersey.

DMM came up with a 4 part series focused on 3 main campaign themes: Nostalgia, Legends, and Past-Present-Future. The jersey means more than just fashion or function — it represents the inspiration from the PAST, the dedication of the PRESENT, and the success of the FUTURE. Our series leaned into discussion topics that evoked feelings of NOSTALGIA, allowing our talent to expand on how the WNBA greats have inspired them through the years and their memories surrounding these moments. Through these reflections, we highlighted how these moments have shaped their personal style and connection to the WNBA jersey on and off the court. It was essential that the visuals and set design, shot both in our DMM Studios and on location at a basketball court, mirror the energy and personality of each of our talent and the overall campaign themes…. ultimately solidifying the protagonists as LEGENDS in their own right. Cumulatively, the videos received over 1 million views and over 31,000 engagements as of August 2022. NIKE was so pleased with the production of the video series that they extended the campaign onto their Nike Basketball TikTok channel with the supercut edit.