Digital Media Management was excited to partner with Warner Bros. on the theatrical social media campaign for Joker. Our goal was to introduce audiences to an entirely new version of this iconic villain in a way that reflected the unique tone of this film without revealing too much about the plot. 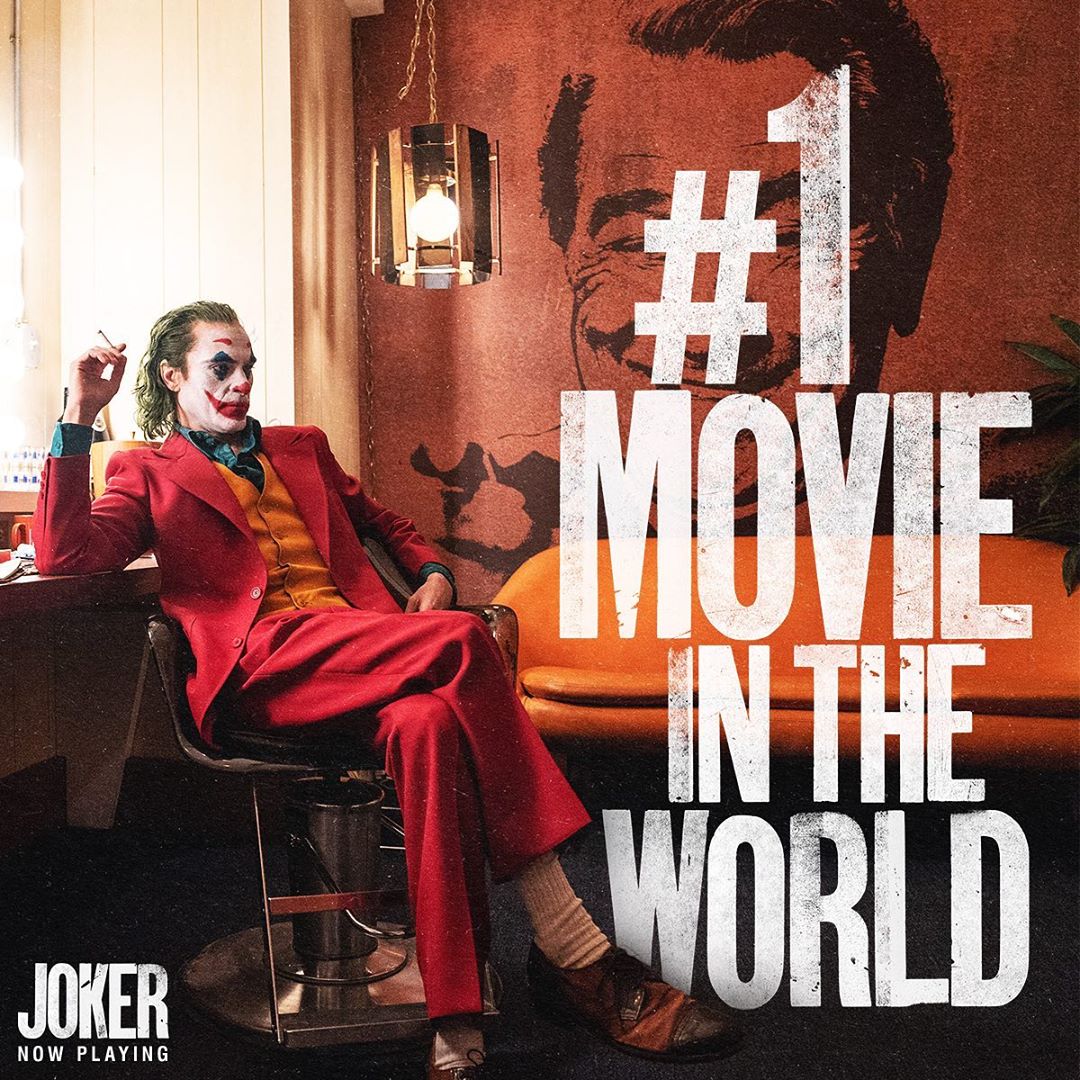 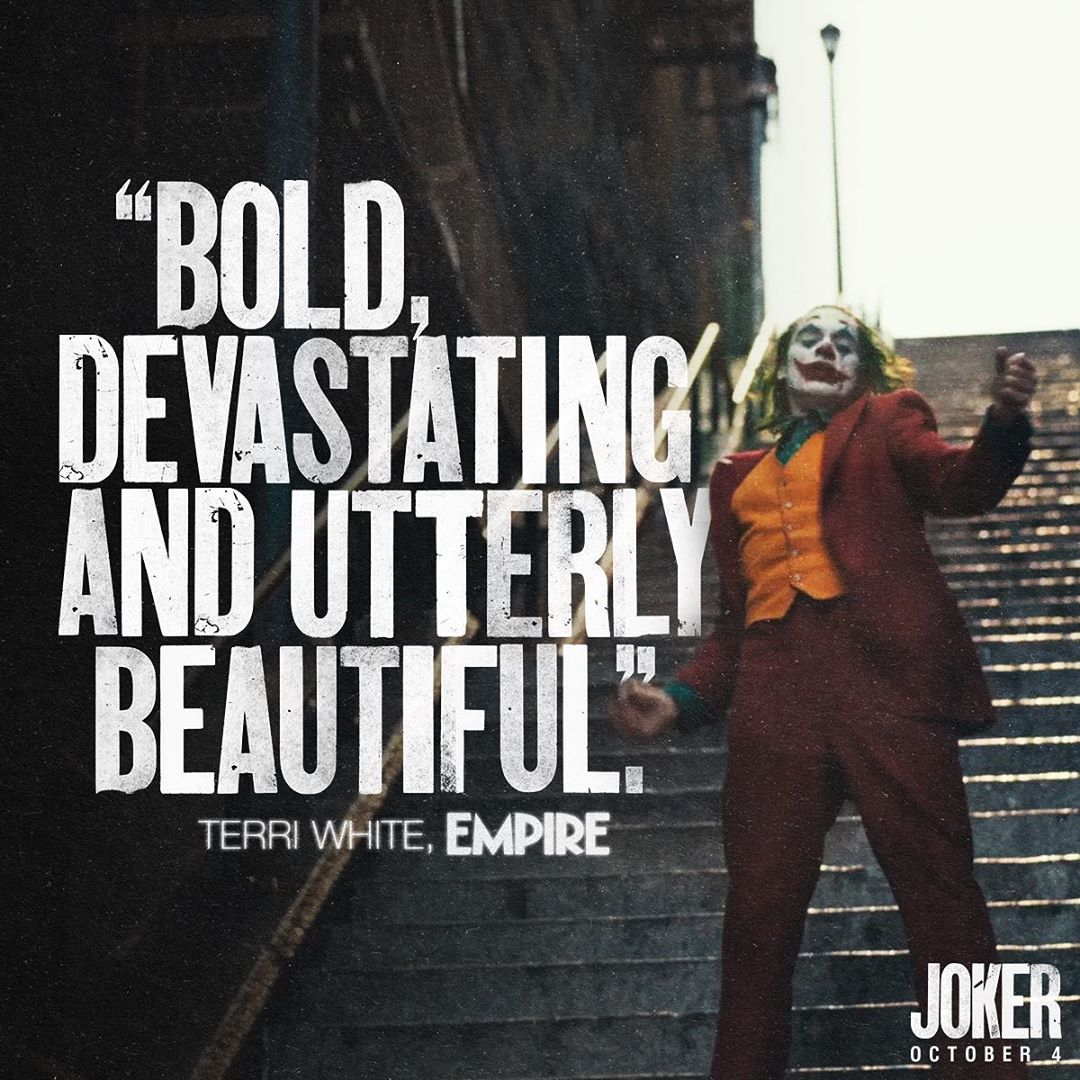 Going into the second trailer launch, we collaborated with Warner Bros. on an Instagram trailer drop stunt that strategically hid the trailer launch date in six different videos, across both domestic and international WB accounts. This attention-grabbing stunt immediately piqued audience interest and quickly had fans and press outlets piecing together the videos to find out the date of the new trailer’s arrival.

When Joker debuted at the Venice Film Festival and was awarded the coveted “Golden Lion”, the festival’s highest honor, we shifted our campaign focus towards highlighting prestigious reviews that emphasizing the overwhelmingly positive response to the film.

Heading into the release window for Joker, we continued to leverage press reviews, while also highlighting the film’s captivating imagery and powerful score. By directing the focus to the rave reviews, both with iconic imagery and simple text-only graphics, our stylized creatives intensified fans’ excitement and the need to rush into theaters to witness the Joker’s origin story. 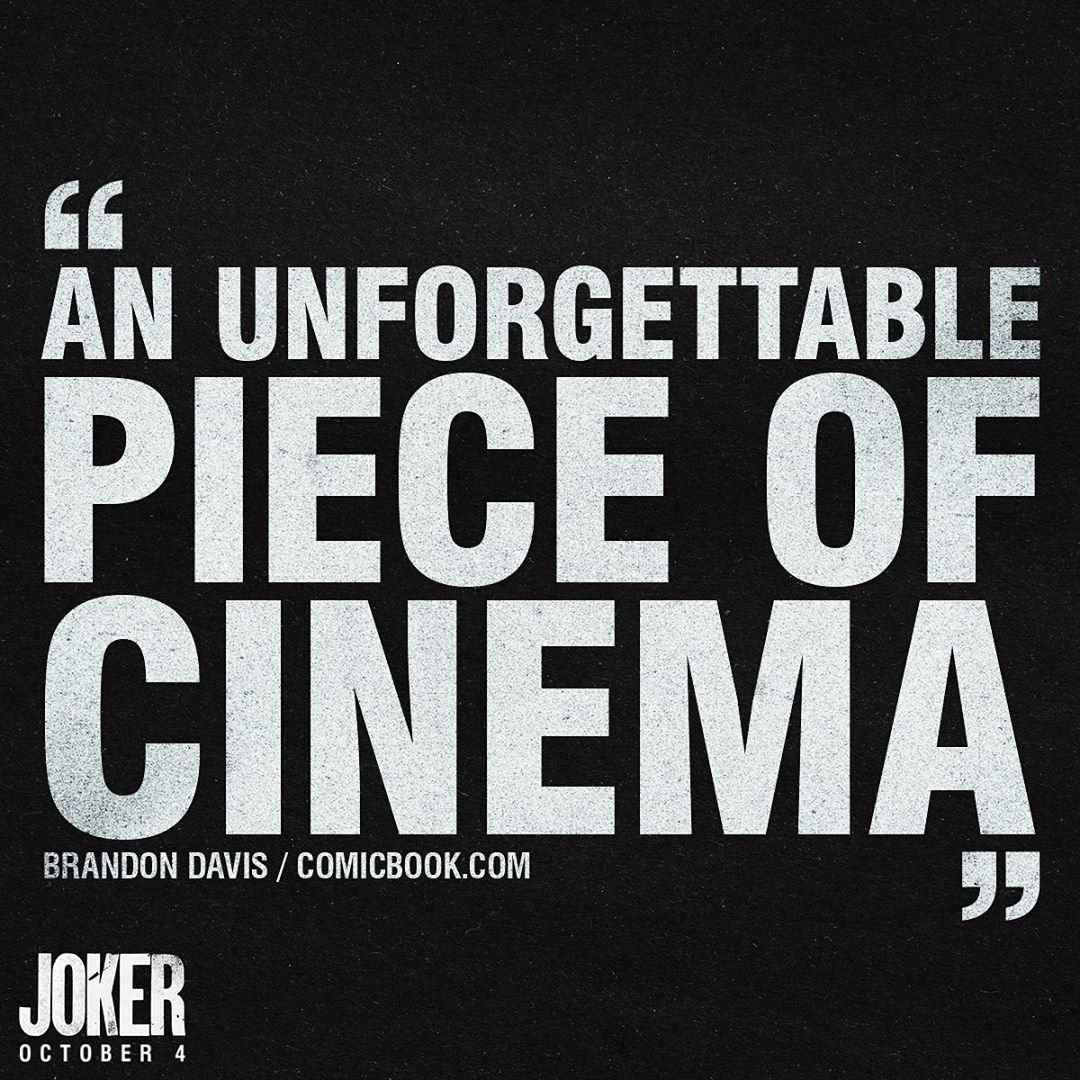 Joker was a huge box office success, earning over $872 million worldwide to become the top-grossing R-rated pic of all time. Our social media campaign for Joker generated over 505M impressions, 38.3M in reach, and 121M engagements across Facebook, Twitter and Instagram. By focusing our strategy around Joker’s critical acclaim and positive audience sentiment and creating social content that was elevated and thoughtful, we were able to create a successful campaign that complimented the film’s immense success.

With Joker breaking box office records and hailing massive critical acclaim, we continued our partnership with Warner Bros during the For Your Consideration social campaign. The primary goal was to spotlight all the award nominations and wins with creative pieces that highlighted Joaquin Phoenix’s award-winning performance and Hildur Guðnadóttir’s haunting score. We designed impactful creatives that could be used for both Joker’s organic campaign as well as WB’s paid media flights.

Our four-month Joker FYC campaign generated over 38.4M impressions, 38.6M in reach and 39.1M engagements across Facebook, Twitter, and Instagram. By focusing our creatives around Joaquin Phoenix’s unforgettable performance along with Hildur Guðnadóttir’s moving score, as well as highlighting the feature’s critical acclaim, we were able to create a successful awards campaign that accentuated the film’s groundbreaking nominations and wins. 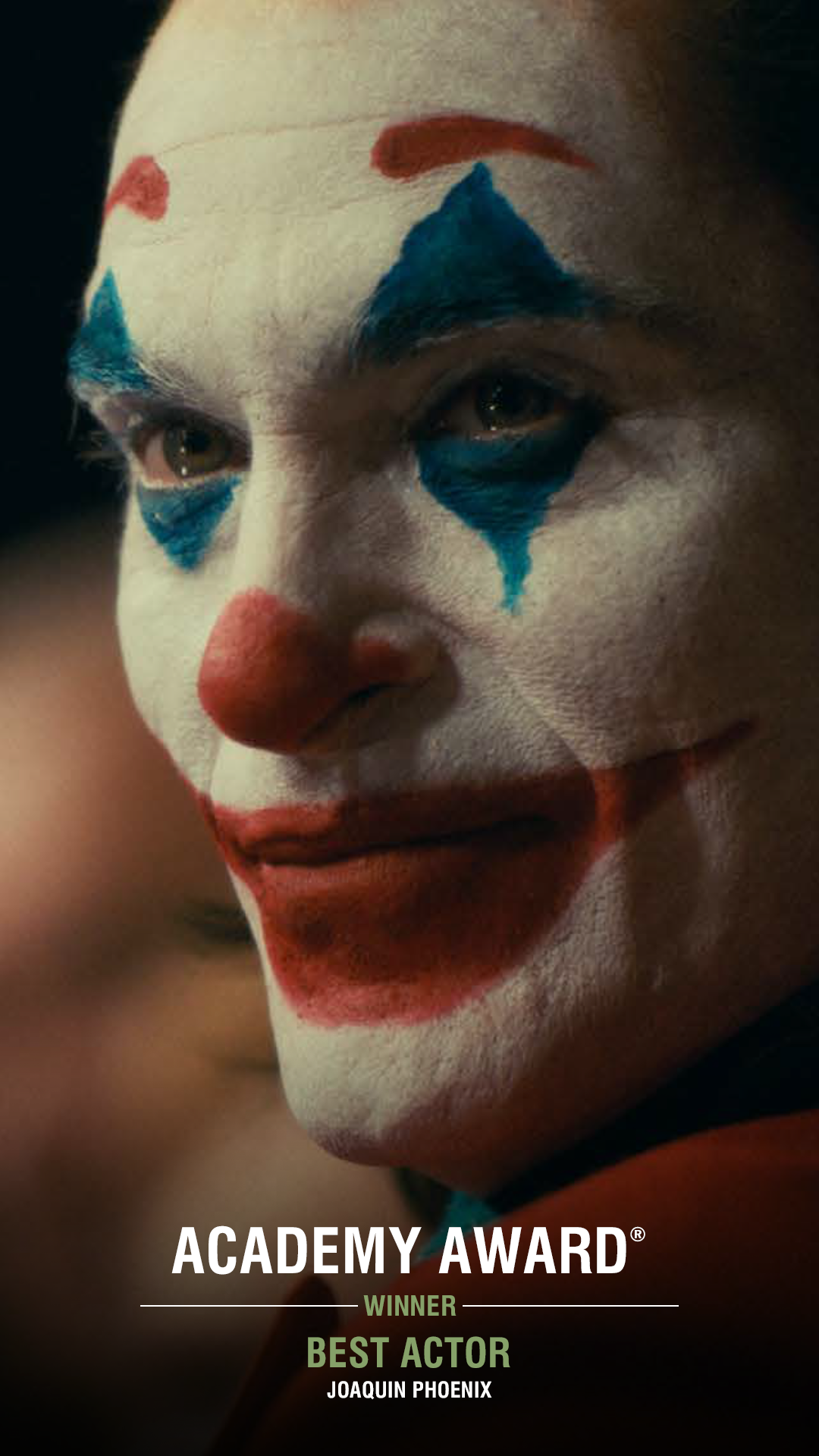 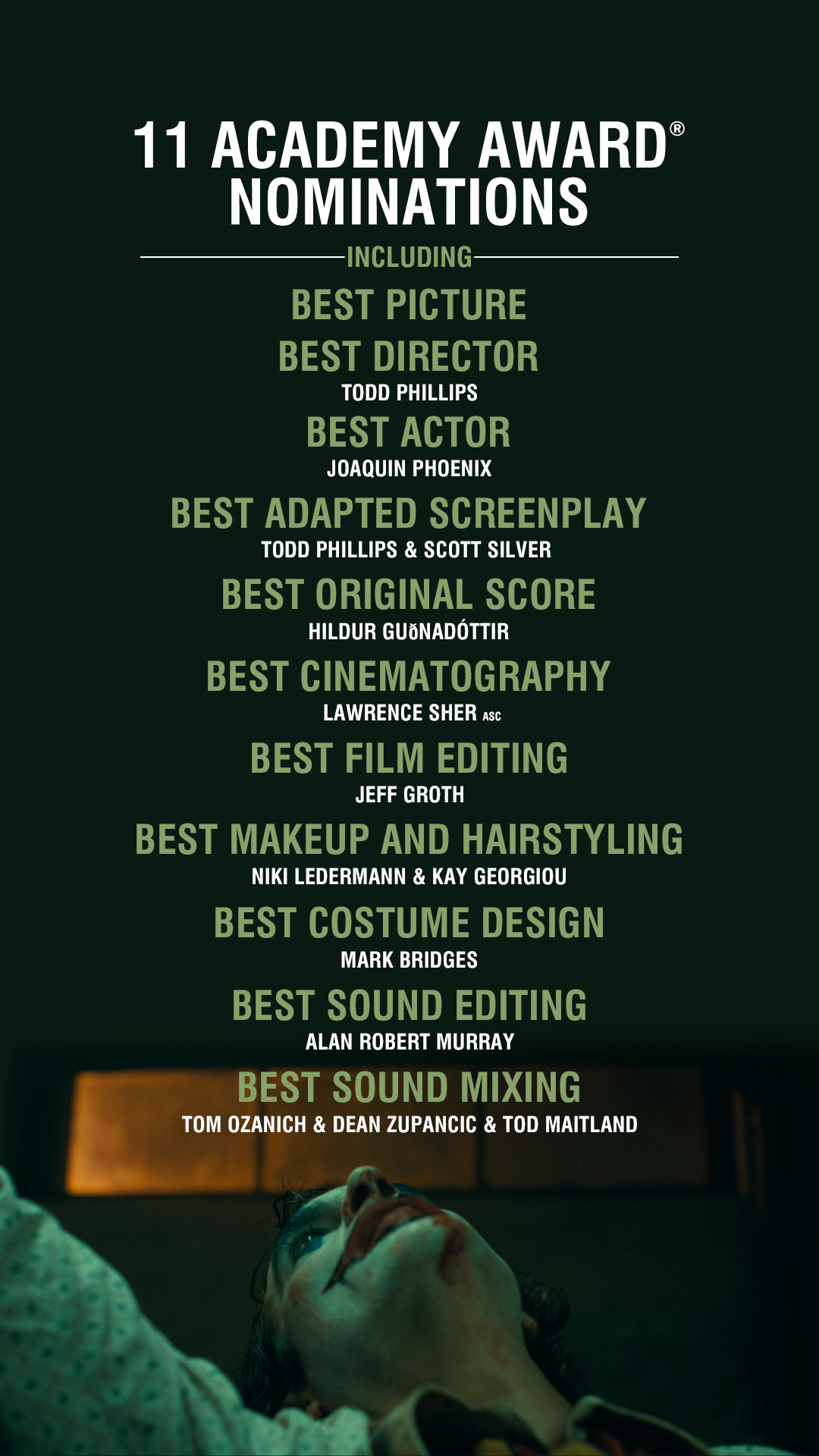