It’s time. DMM partnered with Warner Bros. and Legendary on the 360 social campaign for one of the most anticipated films of the year -- Dune. We crafted an immersive social media campaign that reawakened existing fans of the IP while also welcoming newcomers to the beauty of their new desert home. Through eye-catching social creatives that not only highlighted the ensemble cast but also utilized the incredible visuals of the film and the epic score by Hans Zimmer, we built an enticing world on social, making Dune the ultimate destination for movie-goers. As the world set their sights on Dune, we led them to the one place they could experience it the way it was meant to be experienced: on the biggest screen possible. 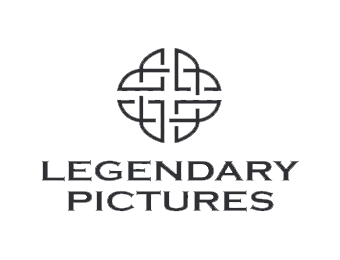 With an existing fandom that spans across many generations, we were tasked with creating content that not only appealed to existing fans but that would also entice new fans. To achieve this goal, we leaned into the epic storylines and high caliber ensemble cast.

The leading role of Paul Atreides, played by Timothée Chalamet, was a huge pull for a younger audience and new fans. Through social listening, we discovered that there were a lot of extremely active Timothée Chalamet fan accounts on TikTok. To lean into his fandom and utilize their reach on that platform, we implemented a follow strategy with the fan accounts and made a point to actively engage with them to both grow our following and create an ongoing conversation. We kept our daily conversations with fans ongoing on TikTok rather than just doing one-off replies, which helped further solidify our relationship with them. 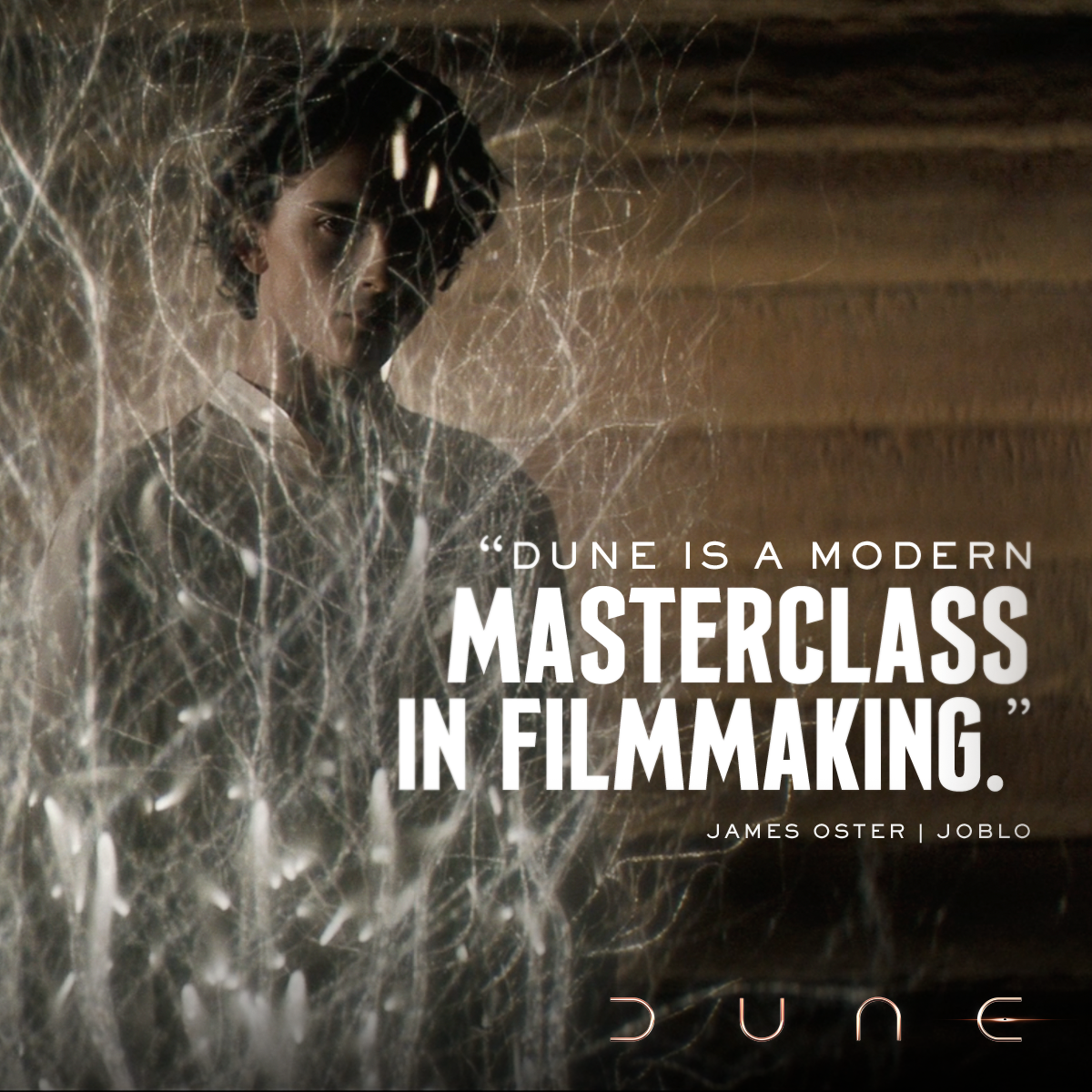 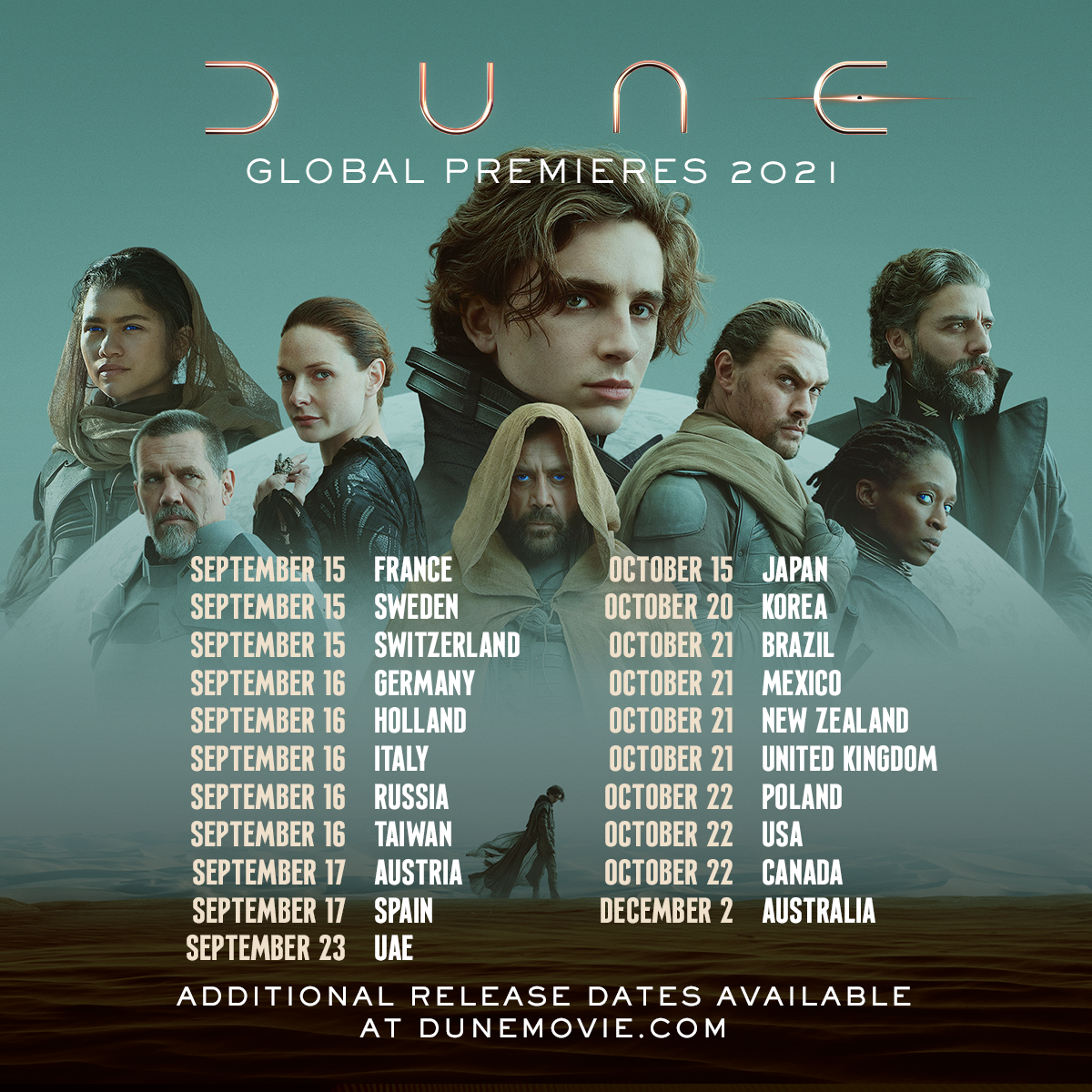 The cast was very enthusiastic from the start about seeing the film on the biggest screen possible. The cast was active on socials and on board with our social strategy recommendations of posting content regularly and leading timely debuts. We were strategic with how we introduced the cast and gave them each the attention they deserved. We executed this by creating themed and character-focused creatives that highlighted key plot points and various character dynamics, ultimately breaking down the complexities of Dune for new fans.

As fans fell in love with these characters, we took their excitement to the next level as we began our journey across the world for our global premieres. The DMM Talent Services team teamed up with Warner Bros. and Legendary to take the world of Dune overseas to press stops in Venice, Paris, and London. Our on-site Talent Services manager traveled with the cast to each destination, creating viral moments with talent that we were able to amplify across our social platforms. We captured content specifically with TikTok in mind to appeal to both Timothée Chalamet and Zendaya’s active fandoms.

As the sci-fi epic that started it all, Dune wasn’t just a book, but an inspiration for many iconic films and shows over the years. For our campaign, it was key to tap into that cultural zeitgeist so we could honor the legacy Frank Herbert’s novel created while also balancing a growing fanbase. To effectively engage with both our core fans and new fans, we crafted a community management strategy that ensured they all felt seen and heard across the social sphere. We began our journey in-world, speaking as if we were coming straight from the desert. Once we brought everyone into our world, our tone-of-voice evolved so that Dune reached the modern age, becoming more playful and relatable, and sharing in the hype for the film as if we were the fans ourselves. Our reach spanned across time as well as we engaged with former Paul Atreides actor and DMM Talent client, Kyle MacLachlan, bridging the gap between old and new generations of fans. We tapped into Dune meme culture, showcasing the impact Dune had on online conversations.

As a once-in-a-generation film, Dune left everyone craving more spice, with our social campaign amassing over 10.9M engagements and 205.1M impressions across Facebook, Twitter, and Instagram. Fans hit the desert on TikTok as well, as we grew our follower count by approximately 2,295%, and generating 40.8M engagements. Dune had the highest opening weekend at the box office for a post-pandemic Warner Bros. film, letting everyone know that this cinematic experience was truly like no other.

By building a campaign with a comprehensive social strategy and epic content that brought an all-time book classic to life in the best way, we made the release of Dune a legendary experience for all.

The French Dispatch
Night Teeth
Back to Movies