DMM partnered with Netflix on the social media campaign for the end-all-be-all movie event of the year - Don’t Look Up. We crafted a dynamic social campaign through big and bold creatives that not only tapped into the film’s humor but also highlighted the stacked cast. Once we captured the world’s attention and fans began to look up, we delved deeper into the film’s larger theme - combatting the climate crisis. Together with Netflix's sustainability team and their partners at Count Us In, we created social content that sparked conversations from all over. Through an all around stellar strategy, we had fans buzzing across the social sphere as they braced for impact.

For our content strategy, we prioritized eye-catching creatives that got audiences talking and positioned the film as the cataclysmic, phenomenalistic, apocalyptic movie event of the year. Our creatives touched on a range of themes, beginning with a focus on comedic trends and star-power. The cast was a huge draw for audiences, so we leveraged the character dynamics between fan-favorites and their authentic humor. In addition to the Don’t Look Up pages, our creatives found homes across various Netflix E&P channels such as Netflix Geeked, Netflix Film, Netflix Is A Joke, Strong Black Lead, and the main Netflix channels.

As the campaign progressed, we emphasized the deeper message of the film and its role as a metaphor for climate change. Together with Netflix’s sustainability team and their partners at Count Us In, our goal was to produce content to drive viewers to their microsite which served as their climate action platform. Our sustainability creatives broke through everyday, online noise and focused on the facts of climate change, while still balancing the film’s relatability. Helping amplify our reach, we created content specifically for Leonardo DiCaprio’s social pages to help spread the word. As the majority of our content debuted post-release, our goal was to maintain conversation and stay top of mind on socials.

With a film as tonally distinct as Don’t Look Up, crafting a social voice that aligned was key. We developed a voice that embodied the millennial wit while not fully leaning into doomsday language. We interacted with a variety of Netflix E&P channels, as they provided constant support and content surrounding the film, helping us maintain excitement throughout the release window.

We also found success tapping into the existing, passionate fan bases of our dazzling stars, such as Ariana Grande and Timothée Chalamet, and capitalizing on their excitement proved beneficial. This paid dividends when we tapped into the cultural zeitgeist for large campaign beats such as Ariana Grande and Kid Cudi’s performance on The Voice Finale. 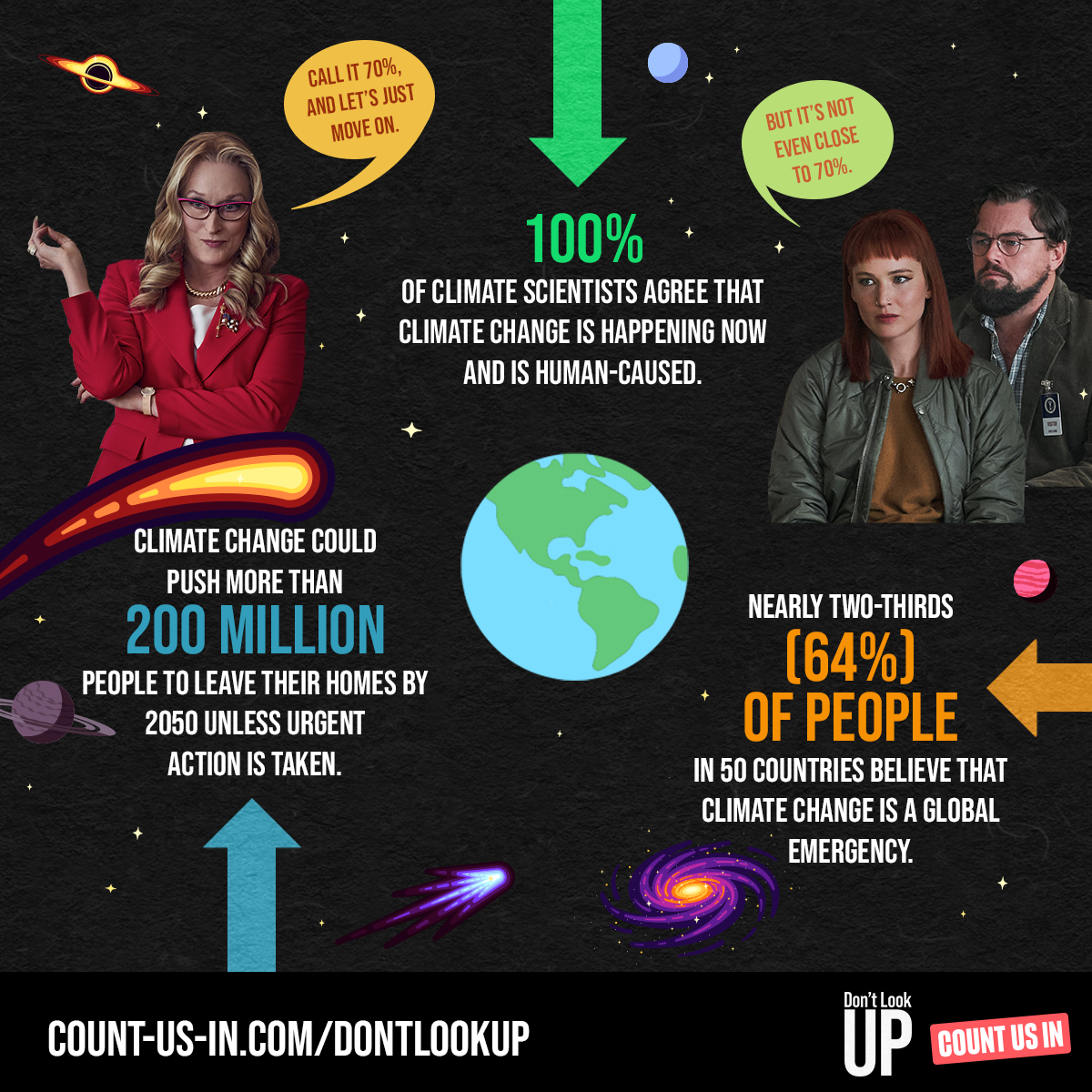 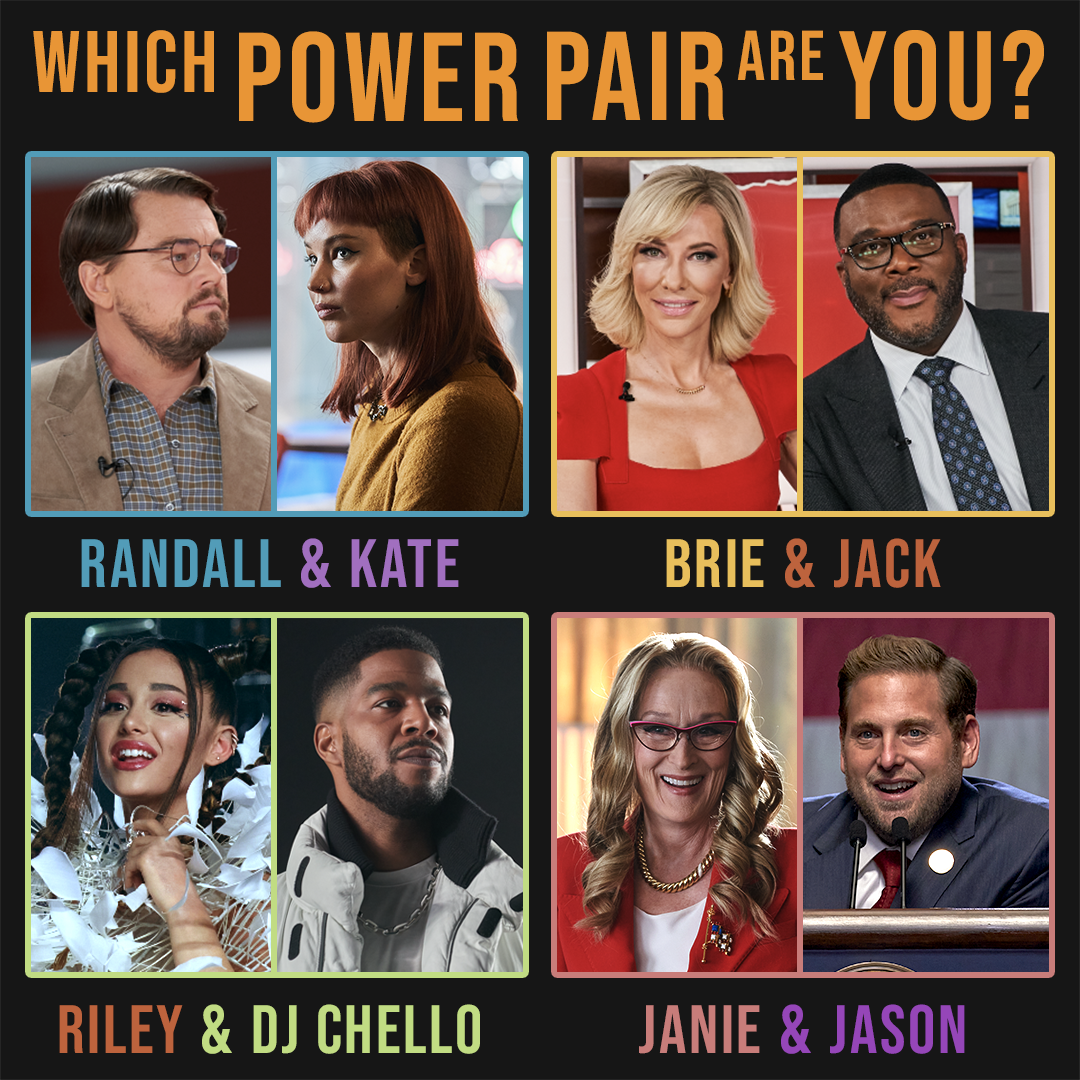 There was no need to sit tight and assess our social campaign, as we amassed 16.9M impressions and 998K engagements across our title page’s Instagram and Twitter. Don’t Look Up truly made an impact on Netflix, becoming both the #1 Movie Worldwide on the platform and the 2nd Biggest Film on Netflix of All Time soon after its release.

Through crafting an astronomically impactful campaign, bursting through the seams with A-List talent and dynamic content, we ensured Don’t Look Up was more than a potentially significant event.