Digital Media Management was excited to partner with Lionsgate for their social theatrical campaign of the action-thriller, Cold Pursuit. We introduced fans to a quirky world of gallows humor and revenge by showcasing the dark comedy, highlighting a web of interconnected characters and intriguing viewers with an offbeat mystery.

We wanted to make it clear to audiences on social media that Cold Pursuit was deeper and more unique than the average revenge thriller. We strategically rolled out darkly comedic social media assets, built mystery around key characters and set an idiosyncratic tone throughout. Once critics began to rave about the genre-blending nature of the film, we pivoted in that direction to further entice viewers.

One of our first marketing goals was to challenge pre-existing ideas about a Liam Neeson-fronted action movie. We did this by foregrounding the dark humor that runs through the film in our social media creatives like ‘Welcome to Kehoe,’ which used the motif of a car impaled on a tree, and minimalist art posters, which teased core plot elements. Once we had outlined the landscape in which the film exists, we introduced its characters, beginning with Nels Coxman. We also took this as an opportunity to leverage various holiday-season tropes to sandwich the storytelling between tongue-in-cheek elements. 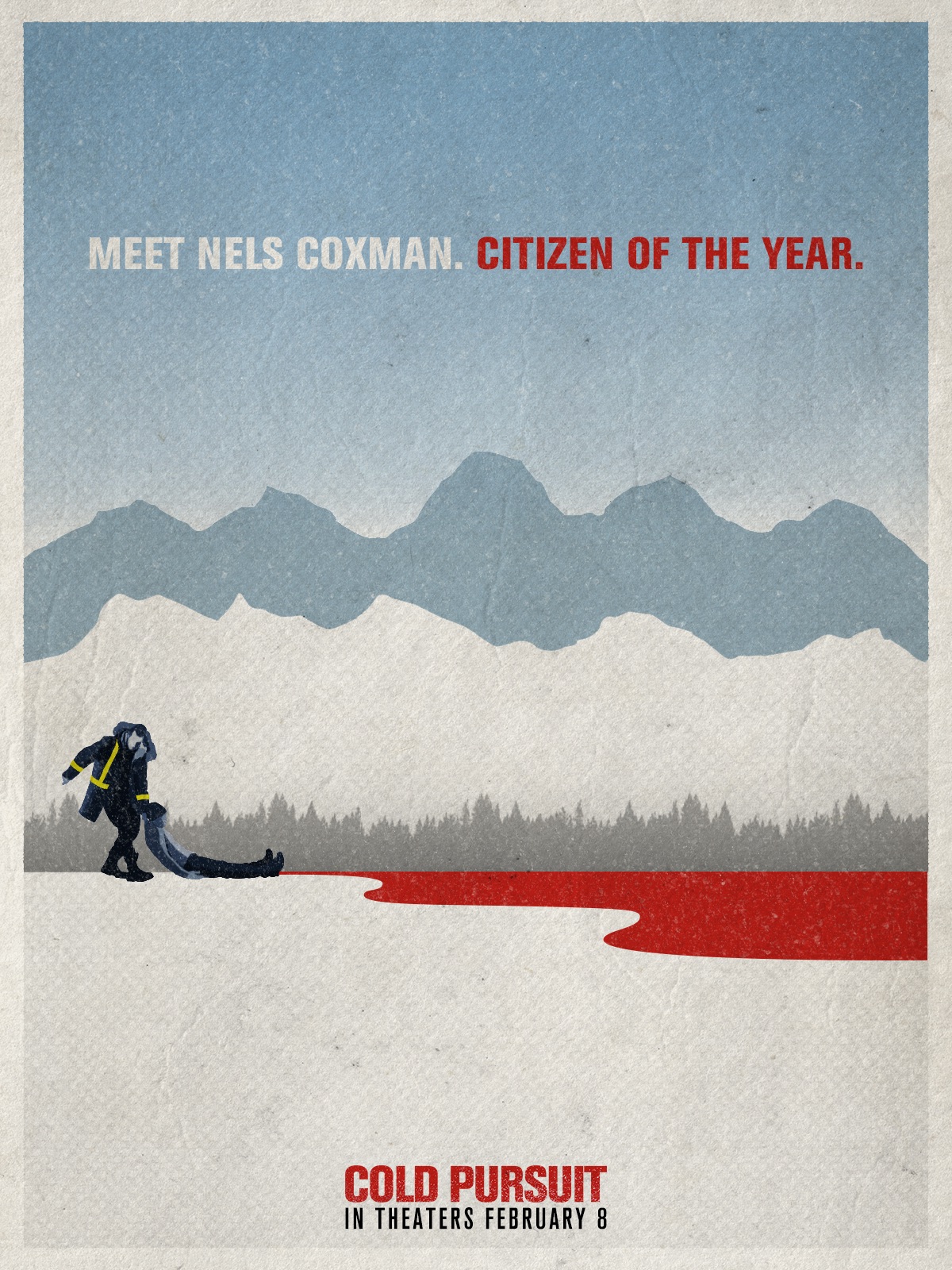 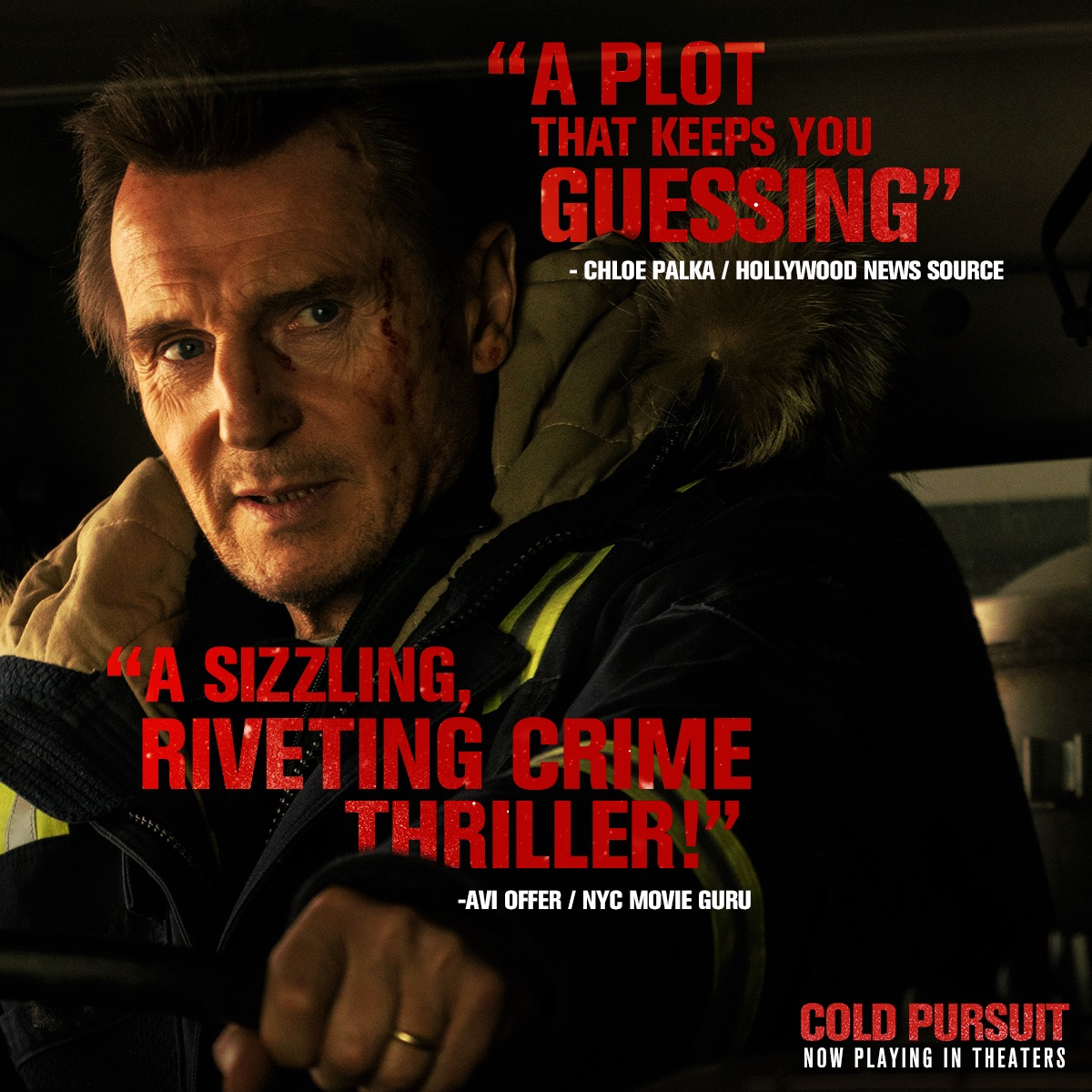 As we approached one month from the movie’s release, we added a layer of narrative complexity to social platforms by exploring the interconnected web of characters. We introduced the film’s main antagonist, examined the gangsters and their nicknames, and explored Nels Coxman’s “everyman” status. We imagined the off-kilter world of Kehoe, Colorado, through creatives which examined Nels Coxman’s unusual snow plow manual and Det. Kim Dash’s winnowing list of murder suspects. With this social content bucket, we hoped to set appropriate expectations for audiences about the complexity of the film, while introducing the ensemble cast and reinforcing the humor. To that end, we created a Reactions Supercut video to highlight the blending of genre influences at play, which resonated with fans – making it one of our most popular creatives.

We found that critics were engaging with the film’s levity, and their review pull-quotes were prompting positive responses from fans online. This meant some of our most popular assets throughout the entire campaign were review videos, which allowed us to continue engaging with fans online.

Our goal was to position Cold Pursuit as something greater and more unique than the average action-thriller. It was also our intent to elevate the surprising comedy elements of the film and the caliber of its cast. We were able to focus our social media marketing efforts around supporting roles, positive review quotes and fun moments from the film to set up the multi-faceted narrative which had a broad appeal to fans of many kinds. Through the movie’s social media campaign, across all platforms, we earned more than 6.5M video views and more than 10.8K total follower growth.

Creed 2
Second Act
Back to Movies