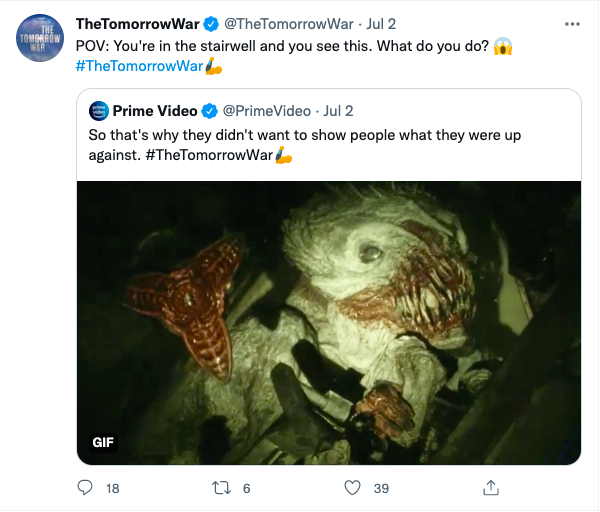 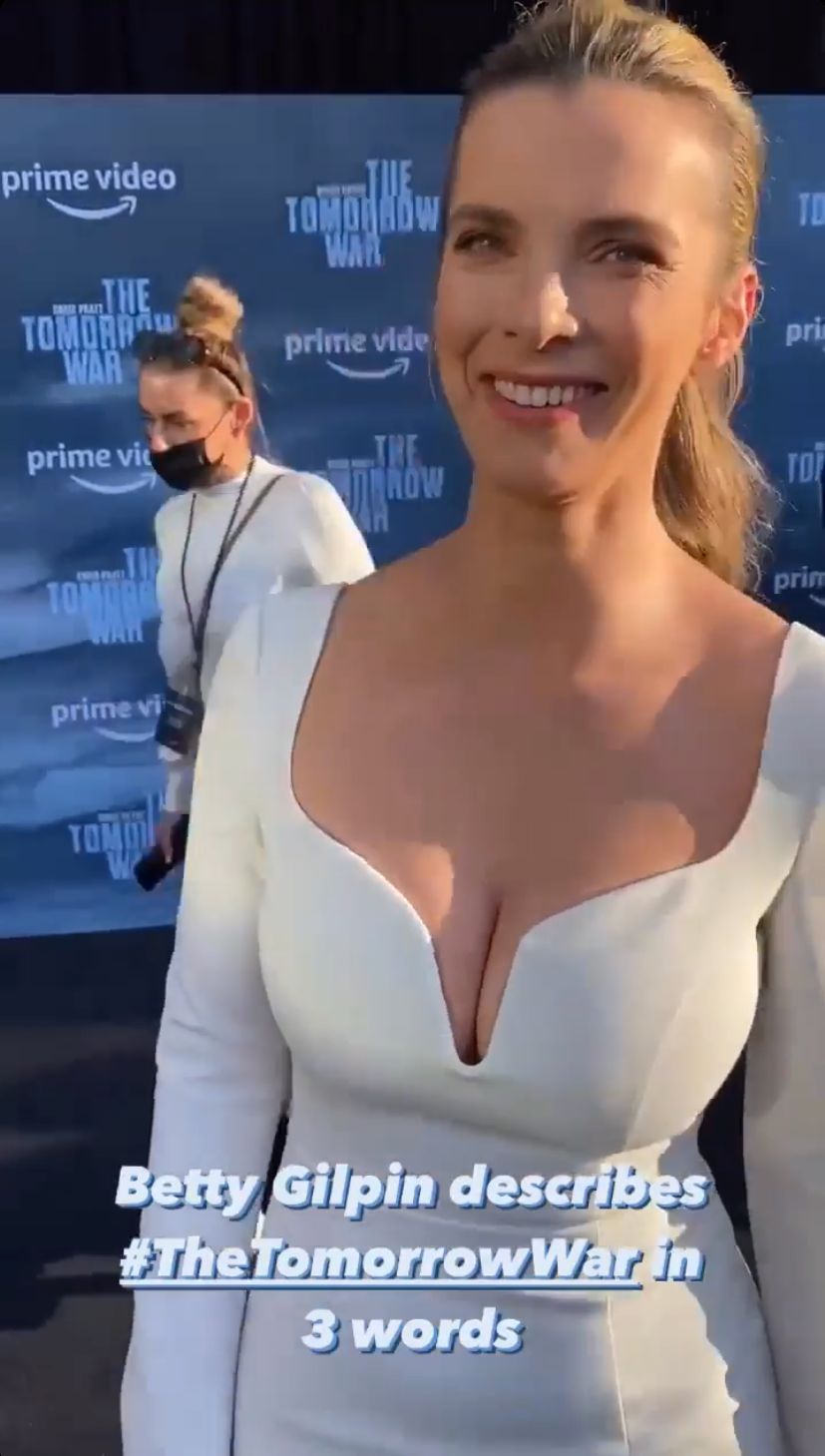 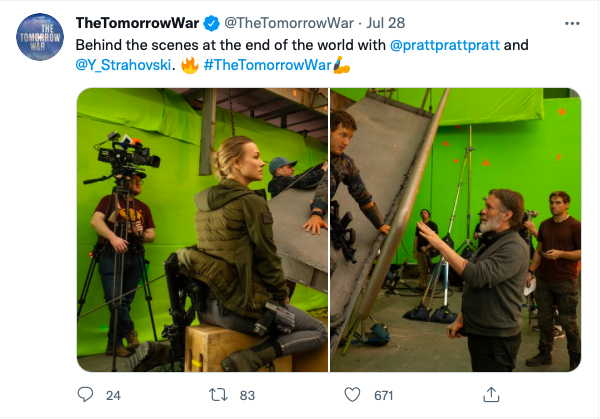 From the jump, our community management campaign focused on recruiting fans to join our ranks in the fight for the future. We appealed to sci-fi action fans using a brave and epic voice in our copywriting, while incorporating some of the signature sarcastic humor from the film in our community management for comic relief. We highlighted Chris Pratt as both executive producer and star by engaging with his audience on social and crafting talent-led social opportunities that encouraged conversation amongst his fans, from the first teaser drop through launch weekend. The week of launch, we collaborated with DMM’s talent services team to capture and post live red carpet coverage from the premiere with the cast, producers and invited influencers. We also supported live activations during the launch week globally by promoting and sharing the experiential stunts on socials. On launch day, The Tomorrow War Twitter handle led a watch party that created conversation amongst the Amazon Prime Video brand handle, talent, influencers and fans alike.

CONGRATULATIONS! YOU DID IT! You have made @thetomorrowwar a HOME RUN win!

Thank YOU to everyone who watched The Tomorrow War this weekend. The first 48 hours of global viewing for The Tomorrow War on Prime Video broke all the records🙏🏻🙏🏻❤️❤️💪🏼💪🏼. #1 streaming film in the world!! And we could not have done that without each and everyone of you. Thank you all for joining us on this adventure! Happy 4th!!