DMM engaged with fans across the globe by using a distinct in-world social voice to recruit fans to join our new mission. Our social media strategy focused heavily on real-time social coverage, with live community management after the trailer was aired during the Democratic debates, during Monday Night Football games, and full on-site coverage of an influencer-led Twitch livestream escape room. Alongside Jeff Bezos, our team amplified the world’s largest billboard ad over LAX, with press mentions in Adweek, and highlighted John Krasinski and Michael Kelly’s USO tour. DMM stayed one step ahead when we successfully surprised fans with an early season launch across social channels, and maintained their excitement into sustain with custom creative critic assets, quote cards and strategic clip pulls. 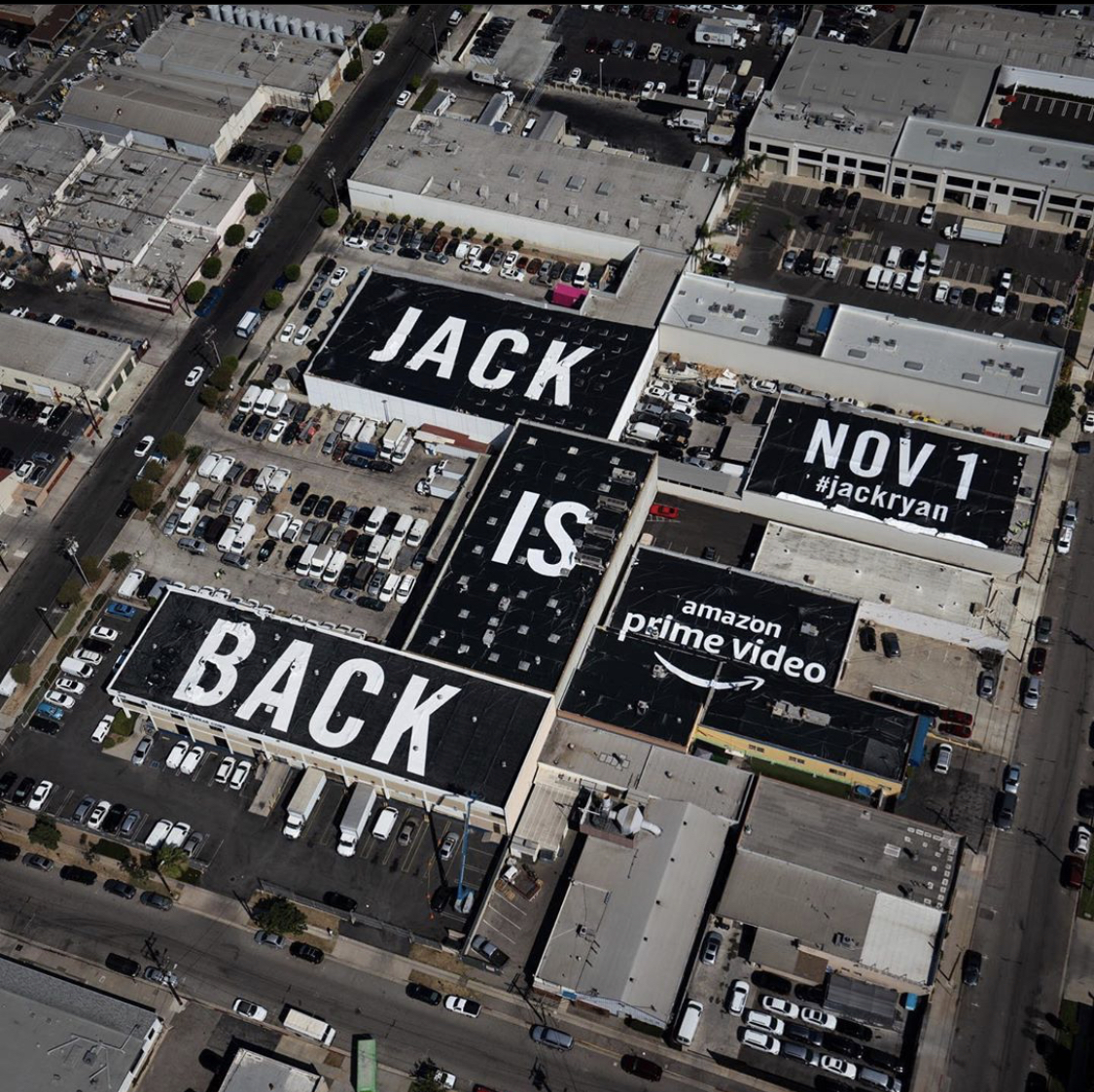 Flying into LAX? Look down. Jack’s got a message for you, and it’s hard to miss on the world’s largest rooftop billboard ever. #JackRyan

Our content reminded fans that Jack was not only a hero, but a humble, human analyst, and fans were eager to join him on an action-packed adventure, with 4.6 million viewers in the sophomore season’s first seven days. 866,000 recruits tuned in for the premiere, a whole 253,000 more than Jack Ryan’s first season. Fans continued to stay engaged throughout the campaign and well into sustain, with many fans keen on beginning the already-renewed third mission.