DMM was tasked with building awareness for Happiest Season and leveraging its all-star cast (including Kristen Stewart, Mackenzie Davis, Dan Levy, and Alison Brie) to encourage bingeing over the Thanksgiving holiday weekend. Our socials blended the film’s comedy and romantic elements into a compassionate, earnest voice, and strived to create a safe space for members of the LGBTQ+ community. Many viewers were excited to finally see themselves reflected in a romantic holiday tale, so we matched their joy and anticipation with an equally merry tone.

We activated fans of our cast with talent-focused GIFs from our trailer and teased them with still photography. Even before the film’s premiere, we noticed they were creating an abundance of fan art so we also began celebrating their creations and showcasing them on Instagram and Twitter. We continued to focus efforts on nurturing our community and exciting existing audiences of our talent for the film’s arrival. One highlight included a DMM collaborative Twitter crosstalk with the official Twilight Saga handle to activate fans of Kristen Stewart.

Upon the film’s release, we received messages of gratitude and appreciation from fans, celebrities, and members of the LGBTQ+ community. Chatter was notably high on Twitter, where we spent the weekend heavily engaging with users and amplifying glowing reviews to keep the conversation going. Post launch, we remained dedicated to participating in meaningful discussions and social listening with our audience to continue delighting them with our content. 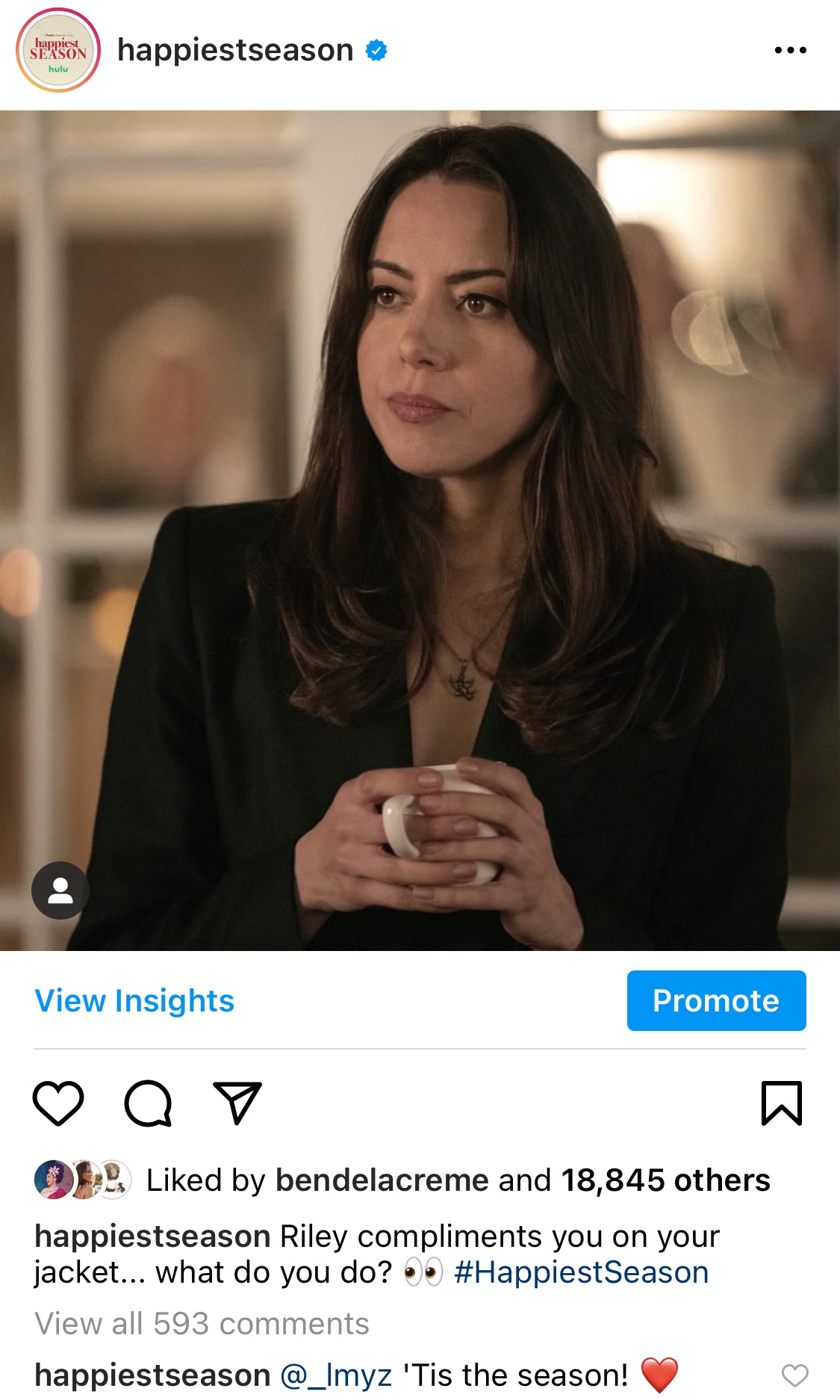 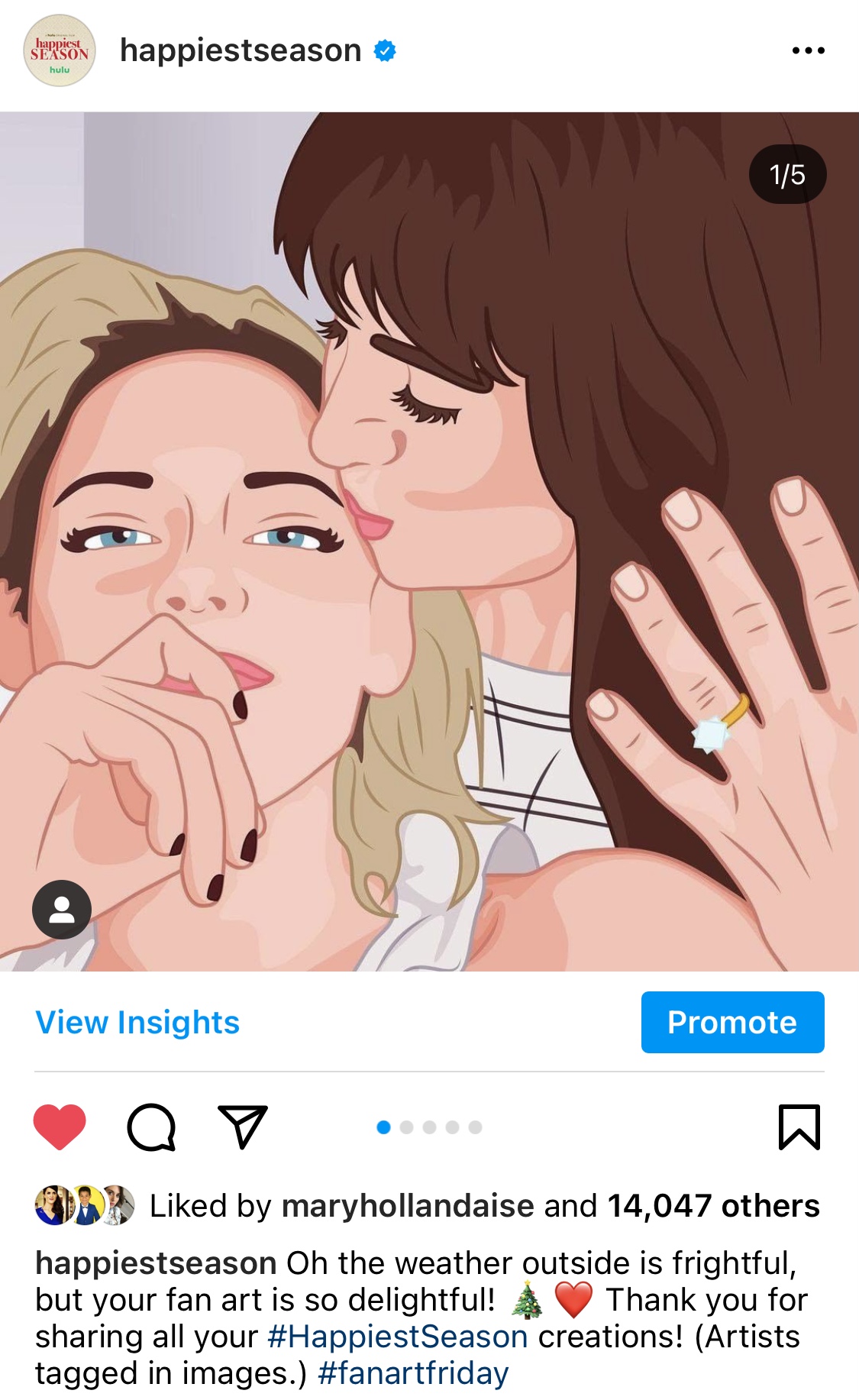 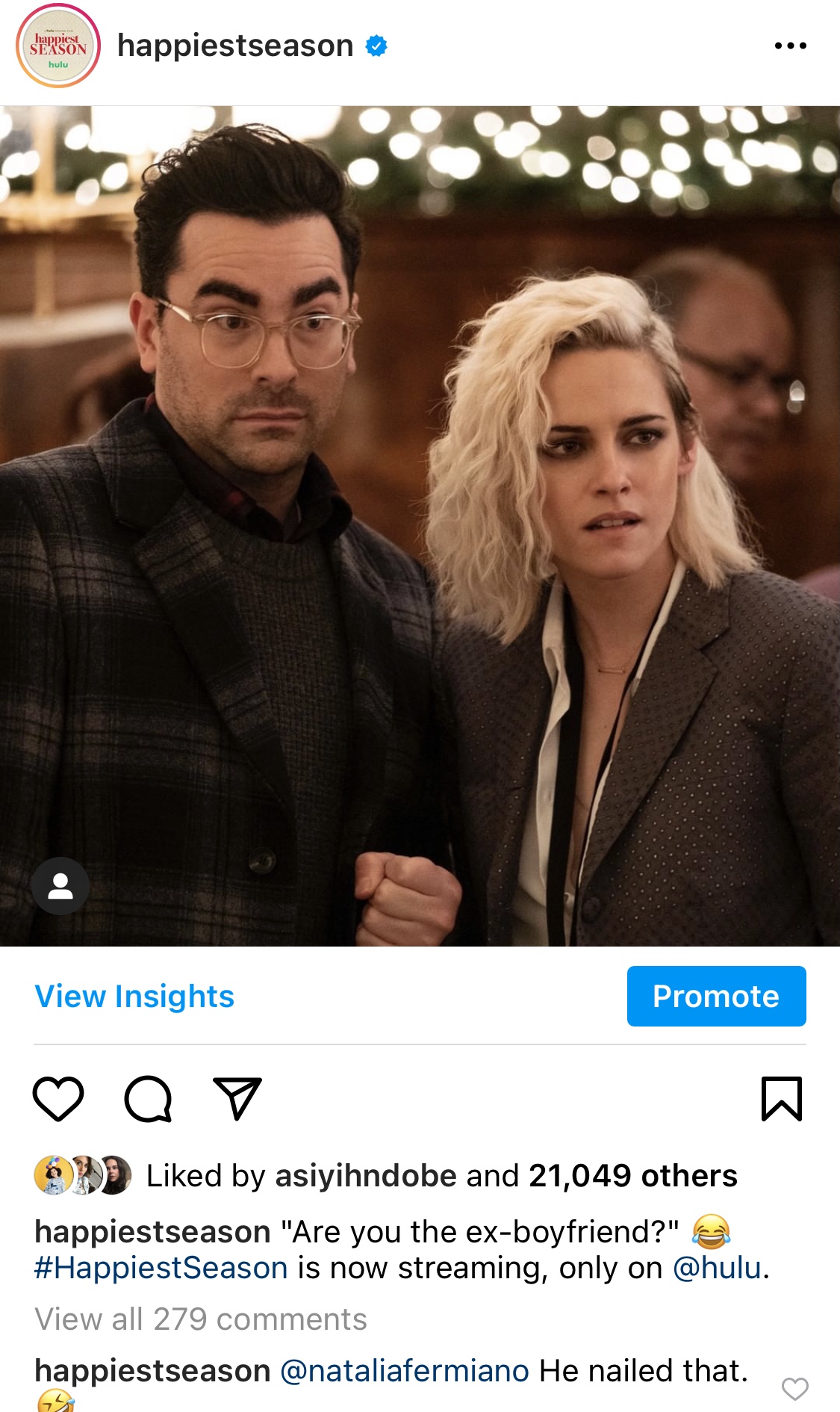 We successfully rallied audiences to stream and discuss Happiest Season over the holiday weekend, breaking premiere records for Hulu. The film had the best viewership for any original film on Hulu in its opening weekend, and attracted more new subscribers than any other previous feature title. It was also the #1 most-tweeted about movie during the holiday weekend, trending three times! 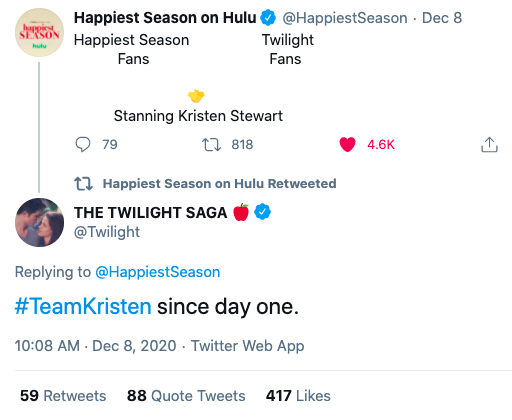 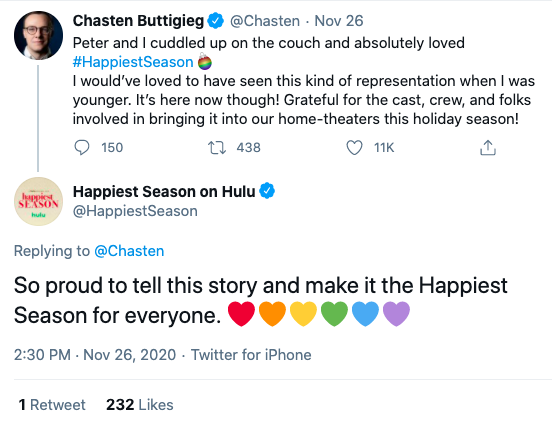 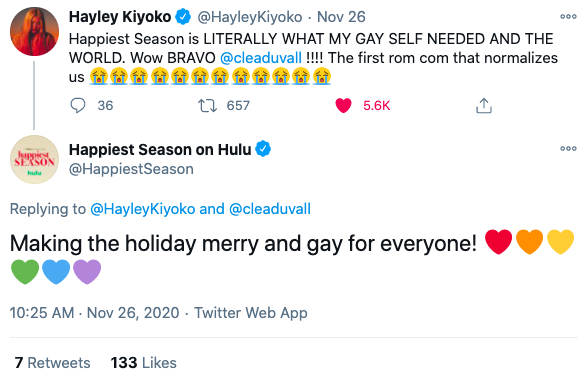 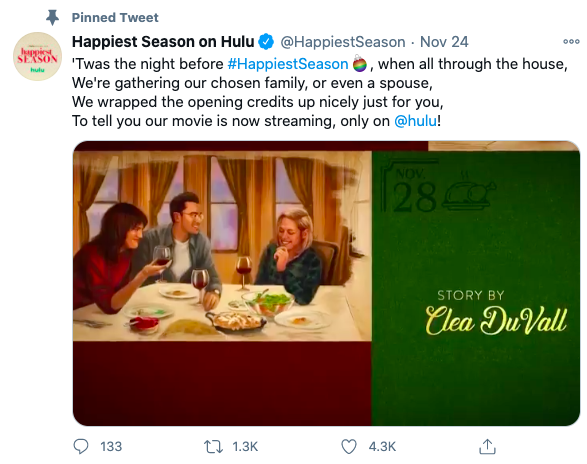 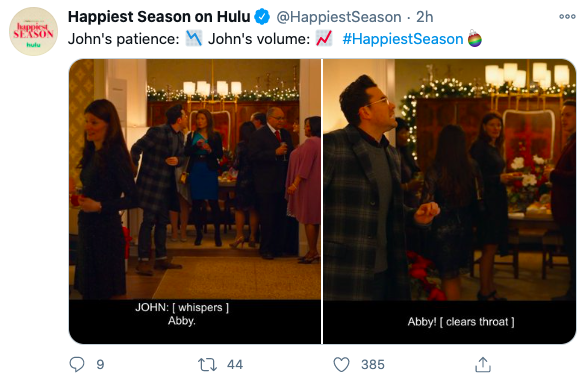 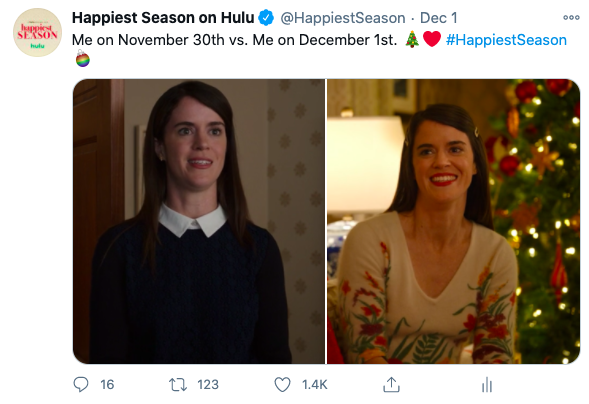