NBC Entertainment Marketing tasked Digital Media Management with creating a social influencer campaign that would generate awareness and drive tune-in for the Hairspray Live! broadcast and second screen Facebook Live experience. Influencers were invited to visit the set, meet with talent, and watch the live taping from a VIP viewing area - all while promoting with #HairsprayLive. 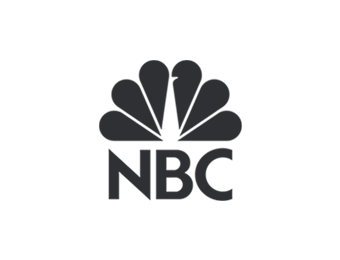 Digital Media Management casted a diverse group of 20 all-star influencers with backgrounds in music, entertainment, and beauty to participate in this once-in-a-lifetime experience. The campaign would incorporate content tailored for multiple social platforms including Facebook, Twitter, Instagram, Snapchat, YouTube, and Musical.ly. The goal was to create buzz amongst the show’s younger demographic before, during, and after the broadcast through a well-crafted program and strategically selected influencers.

Eight influencers were responsible for co-hosting the Hairspray Live! Facebook Live. This social squad was granted exclusive access to the set & prop house, able to attend rehearsals, mingle with the cast – like Ariana Grande – in hair and makeup, and capture engaging social content with official Facebook Live host, Darren Criss.

Twelve additional influencers, including popular reality stars and other top internet personalities, joined the social squad on show day to participate in the Facebook Live event. They enjoyed all the perks of the VIP platform which included photo opportunities and access to the show’s official VIP after party – with key opportunities for buzz-worthy social content.

In addition to the onsite initiative, Digital Media Management + NBC Entertainment Marketing conducted a promotional giveaway, sending out over 100 Hairspray Live! viewing kits to targeted influencers around the country. The kits included wigs, hairspray, t-shirts, and other exciting surprises that encouraged influencers to promote the show while using #HairsprayLive.

Hairspray Live! was the No. 1 worldwide trend throughout the East and West coast broadcast. The digital influencers’ 240+ cross-platform posts garnered more than 3.1 million interactions and reached over 49 million – via Facebook, Twitter, Instagram, Snapchat, YouTube, Musical.ly. Influencers took over the top posts, trended on IG and TW, and shared an on-air viral moment with Bretman Rock. The Facebook Live video has been viewed over 3.9 million times. Not to mention the show received great press from media outlets such as Variety and Mashable who said, ‘the show ended up shining brightly on social media’.