DMM was responsible for crafting an in-world social media voice and tone that honored the source material and created a can’t-miss event for fans of the 30-year-old novel. In addition to showcasing the beloved characters created by Neil Gaimain and Terry Pratchett, we amplified major trailer debuts and experiential activations such as New York Comic-Con and SXSW. We also provided on-site content captures at a Times Square talent activation, the official U.S. premiere, and at the show’s social junket featuring Michael Sheen, David Tennant, Jon Hamm, Nick Offerman and more. Once Good Omens premiered, we heightened the social audience’s love of the show by creating fun memes and viral reactive pieces that had fans universally adoring both the show and its robust social presence. 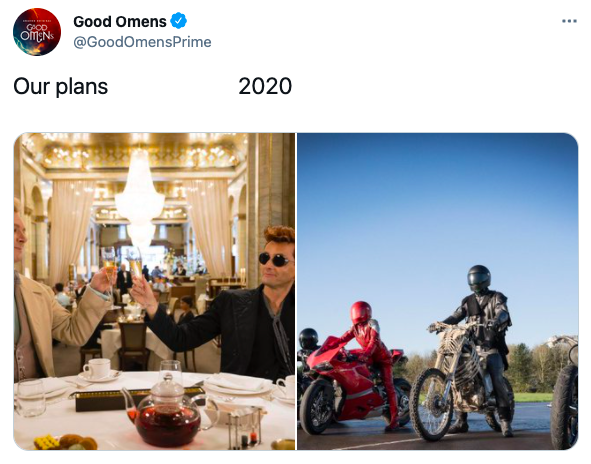 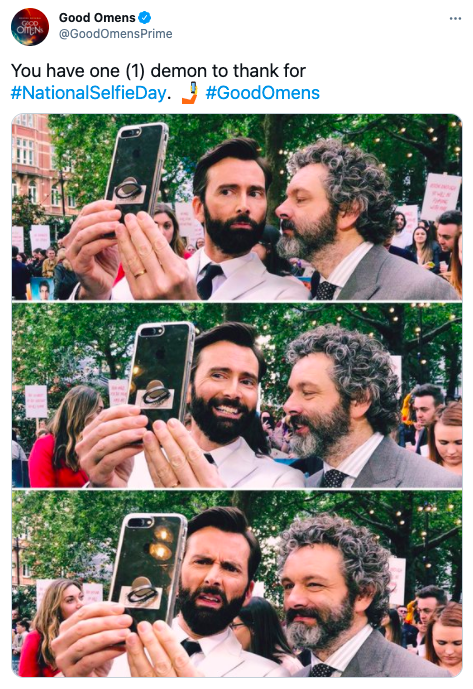 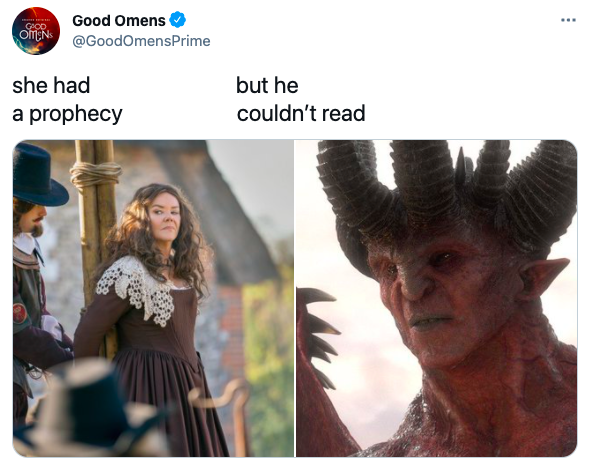 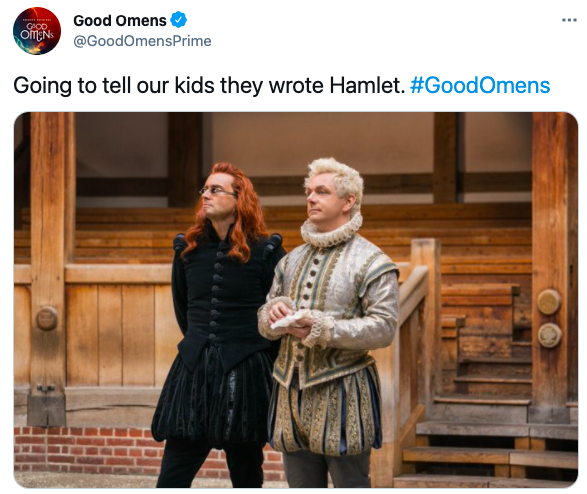 At the time of launch, Good Omens had the highest volume of social conversation (and highest volume of streams) for any Amazon Original Series during its premiere weekend in May 2019. We did robust community management and social posting that led to the series trending worldwide on Tumblr, Twitter, and Reddit during its premiere weekend. Eventually, it became the #1 most popular show and fandom on Tumblr in 2019. On Twitter, the account received 51.37M total impressions in 2019 and zealous praise for the social channel’s witty application of in-world humor to broader zeitgeist-y moments. 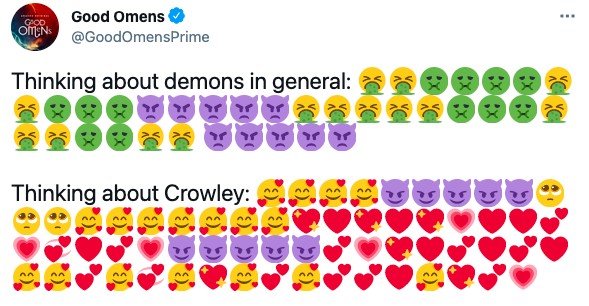 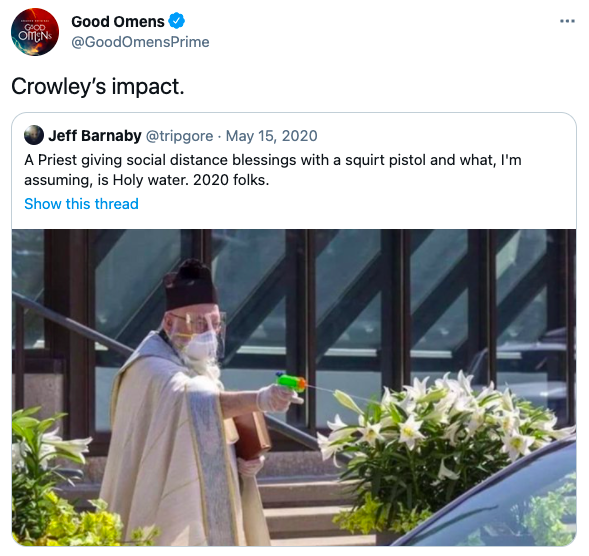